I spent this last weekend at Rober-Con, a fairly new SF convention in Binghamton, NY--but not as just a con-goer. I was actually invited to be a guest author and presenter, and took part in four panels, as well as doing a book reading. I'm not going to lie--I had a blast. It was pretty cool to finally be a published fiction author out there in the world.

My best pal Ellen and I drove (well, she drove, because I fall asleep behind the wheel after about 30 minutes, which is annoying as hell...especially to innocent bystanders), since it was only about an hour and 15 minutes from my house. We stayed overnight so we could go out to dinner with the con organizer and some of the other authors, and not have to make the drive back and forth. As with most cons, it was exciting and exhausting, and a few little things didn't go as smoothly as you'd like them to, but for an only-two-year-old con, it was amazingly well run. All my panels were well attended, and I had a wonderful time hanging out with the author Guest of Honor, Laura Anne Gilman. Laura Anne and I had never met before, but we had about a zillion author pals in common, which was nice. She was an editor before she became an author, and she knows more about the writing biz than just about anyone I have ever met.

One of the great things about going to a con this close to home was that some of my Binghamton-area pals could come, including my friend Robin and her kids Sophie and Nate (my goddess-children), who had a blast at their first con. 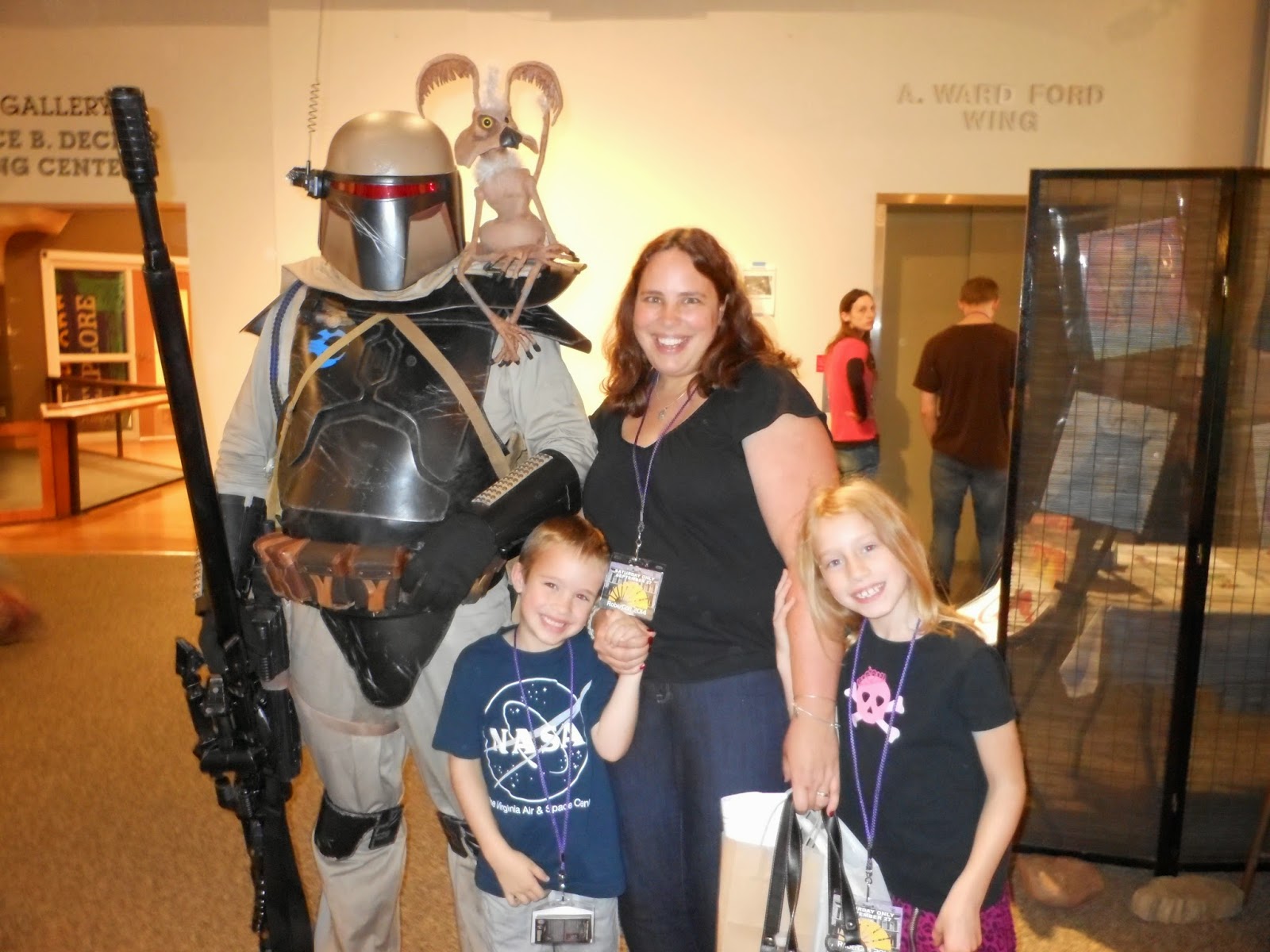 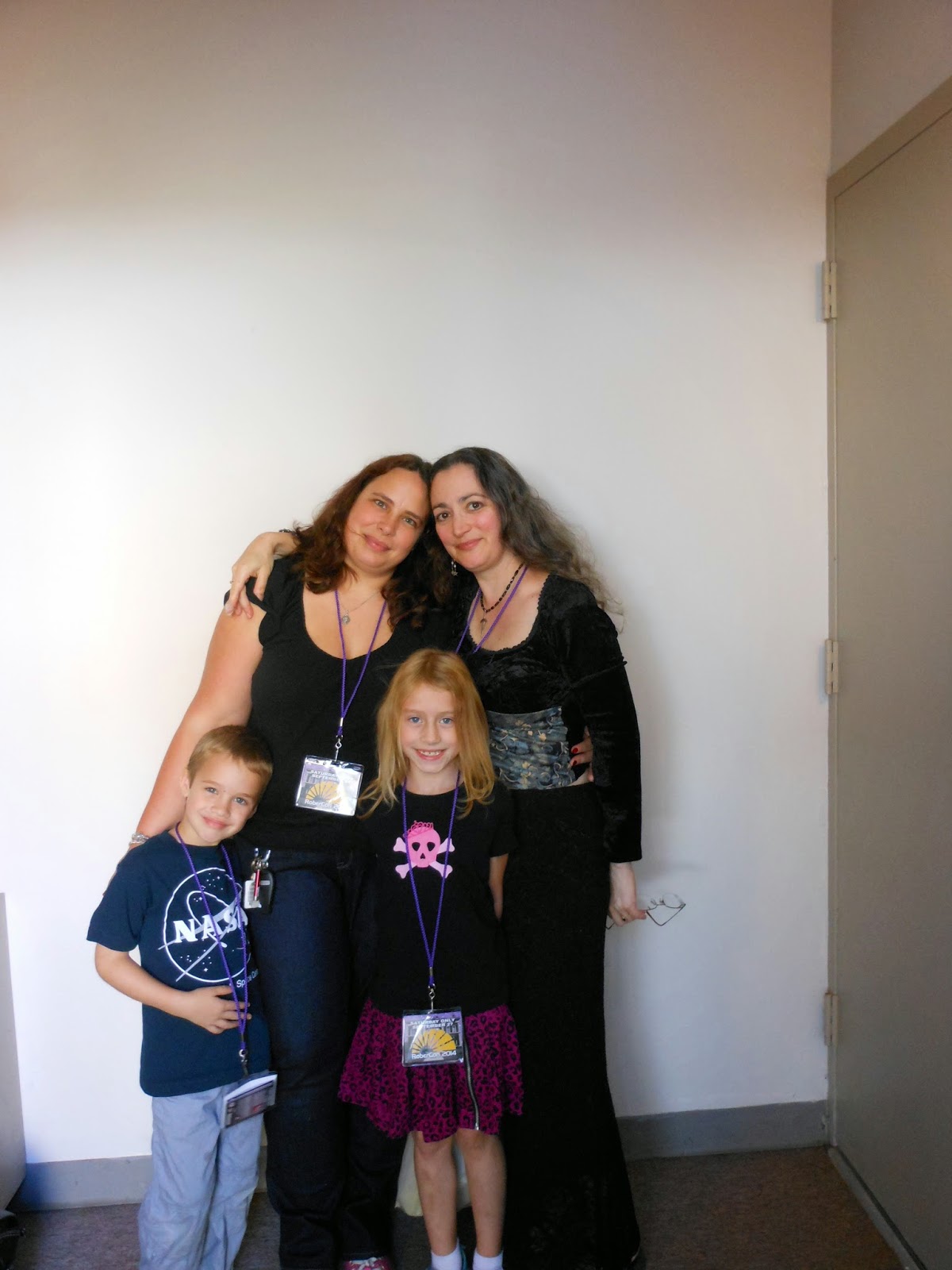 My friend Rob came too, only to feed me to author April Steenburgh's Bag of Death. It got poor Laura Anne, too. 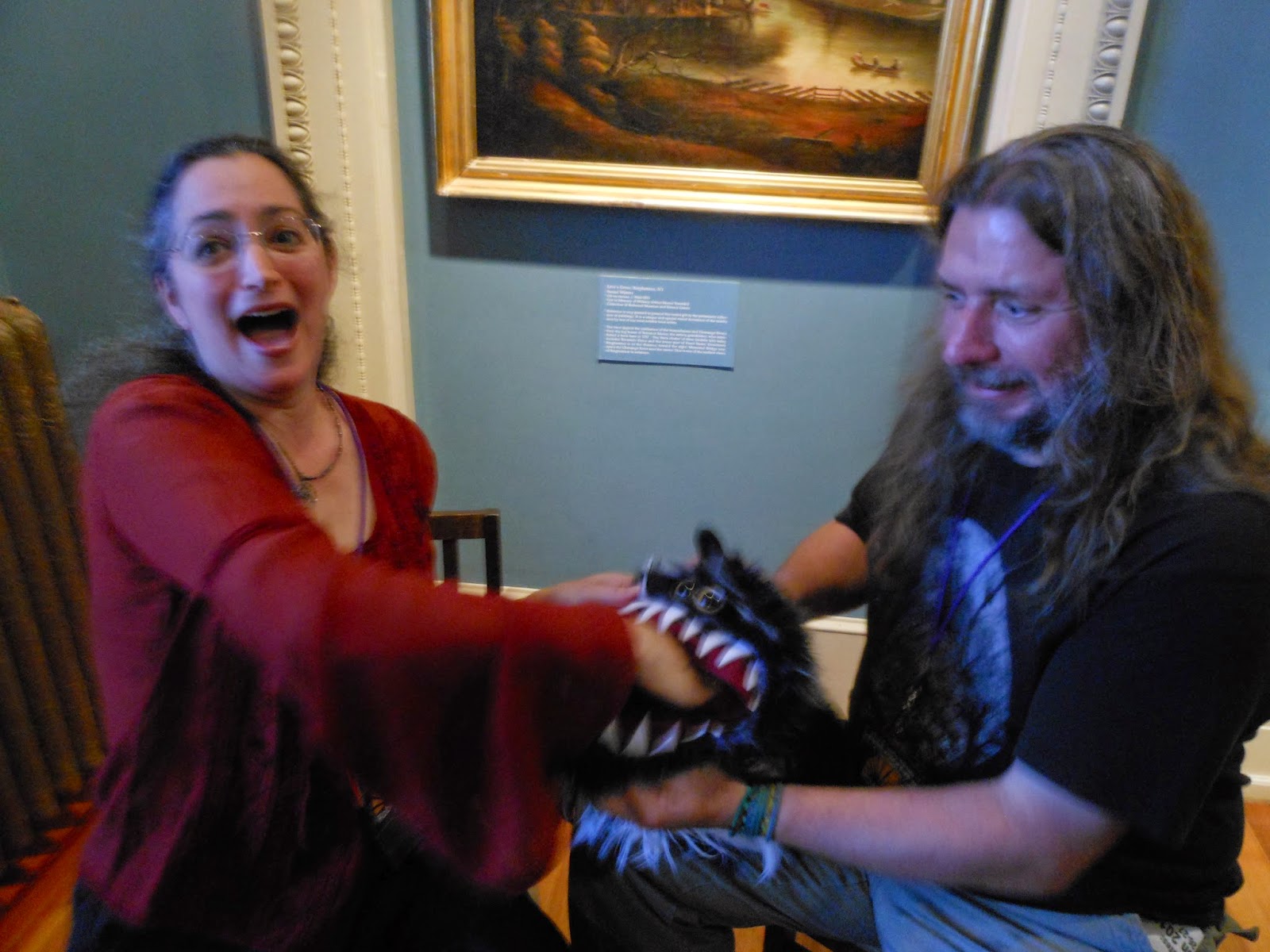 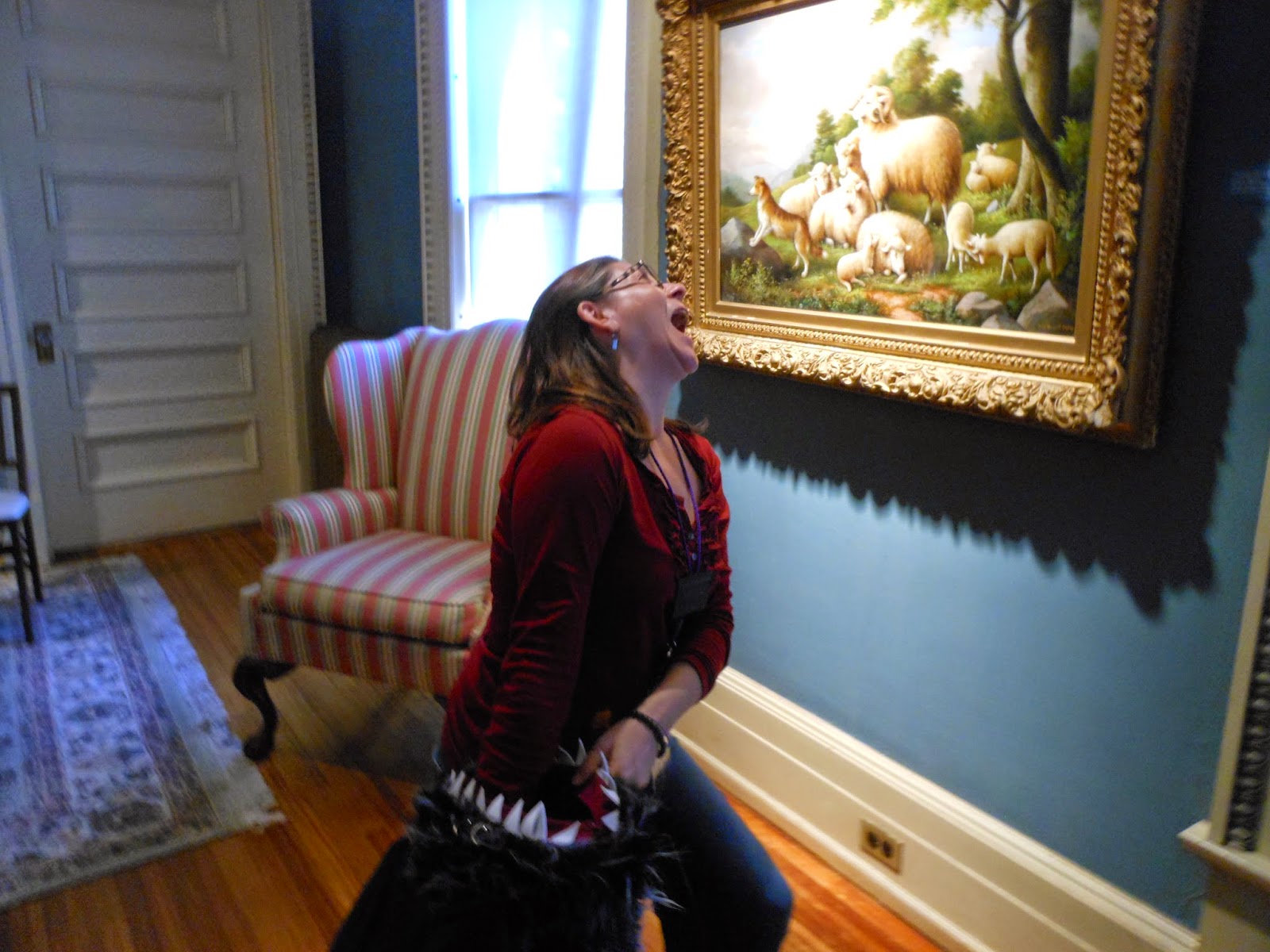 The con took place at the lovely (albeit confusing to get around in) Roberson Museum, which was filled with costumed folks, cool authors, and fabulous vendors. (Yes, I bought some used books--why do you ask?) I had a fabulous time, and plan to return in future years if they continue to invite me.

But one of the BEST moments happened on the trip home, when my friend Ellen managed to surprise me (not easy to do when you're a psychic). We'd stopped in the museum's gift shop on our way in on the second day, and I spotted a cool blue stuffed dragon. I'd been sort of thinking of picking it up as both a memento of the con and as tribute to Chudo-Yudo, the dragon characters in my books.

Alas, when I went back for it at the end of the day, it was gone. And they'd only had one. (I know, because as soon as I saw it was gone, I suddenly realized how much I'd wanted it--you know how that happens--and had the gift shop staff check their inventory. But nope, only one, and it had sold.) So I settled on a cute little black one instead.

So we're driving home, and stop so I can have a pitstop. And when I get back into the car, Ellen says in a mysterious voice, "You know, I think the Force has shifted in this car." Needless to say, I had no idea what she was talking about... And then she pulled a bag off of the top of this mound sitting between the two front seats, and there was THE BLUE DRAGON!

I couldn't believe she'd managed to buy it earlier in the day (the liar told me she was going off in search of a bottle of water) and then managed to sneak him into the car trunk without me knowing. It made me absurdly happy :-)

And now it looks like I have the beginnings of a collection. I don't normally collect things (although I have always liked dragons, and actually have a few already), but I believe I'm going to have to make an exception.

In short, I had a fabulous weekend. I took today off to recover, but tomorrow, things go back to (coff) normal. In other words, I'll be writing.
Posted by Deborah Blake at 10:37 PM