A Visit to Animal Adventure Park!


Some of you probably remember the fuss about April the giraffe, whose pregnancy was watched by millions of people around the world. April (and her calf Tajiri) live at Animal Adventure Park, which is less than an hour from my house and right down the street from my friends Robin and George, and my beloved goddess children Nate and Sophie.

On Saturday, pal Ellen and I drove through torrential downpours to get to Robin's house. Thankfully, the rain stopped just in time for our visit to the park. We spent three lovely hours hanging out and meeting all the animals, and seeing the many they'd added since our visit last year (including my favorites, the rare white lions, of which there are only 20 left in the wild and 300 in the entire world) and a kangaroo with her baby poking its head our of her pouch.

You get to feed many of the tamer animals, which is fun, and I got to spend the day with some of my favorite people, too. All in all, a wonderful day.

Here are a few pictures. If you can ever get there, you should really go visit.


Posted by Deborah Blake at 6:00 AM No comments:


It's hard to believe, but the youngest of the new kittens, Harry Dresden, turned one today. (The other two are a couple of months older, they think, but no one knows exactly when they were born because they came from a 25 cat hoarding situation.) Theoretically, this means they're not kittens anymore, but if you could see them racing around like maniacs and bouncing off the walls, you'd know that's not true.


It's hard to believe I've had Harry since January--this is a picture of him the first day I met him, when I went to where he was being fostered to see if he was the cat I asked Magic to send me. When he curled up on my lap and fell asleep, I was pretty sure he was.

He's really sweet--the most affectionate of the three, although like most cats, only when he's in the mood. He's also the only one who consistently sleeps with me, although sometimes I have to go fetch him and remind him that's his job.

To celebrate Harry's birthday, I decided to give my readers a gift. For those who haven't read it yet (gasp!), I've put DANGEROUSLY FIERCE on sale for the next week. It's normally $7.99 (to match the price Berkley set on the ebooks they put out) but for now, it is only $2.99! So if you've been waiting to get it, now's your big chance. It's available at all the usual ebook retailers. 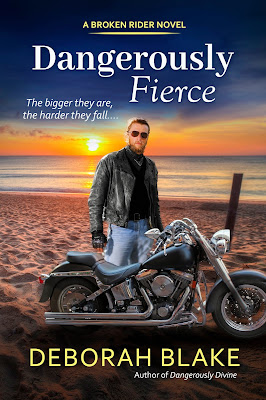 Posted by Deborah Blake at 10:22 PM No comments:


We're getting closer, people! Today marks two months from the release date for The Little Book of Cat Magic! I'm getting excited. Are you?

You might be a little more excited when you see this month's fun giveaway package. Check it out.


That's right. There's a copy of the Llewellyn Witch's Coloring Book (I just love mine), which contains some images from the Everyday Witch Tarot. Plus a cover flat of my last book, A Year and a Day of Everyday Witchcraft, a fun notebook with the cover of one of my witchy novels on it, a black cat bookmark, a broom pen, a cat rubber ducky (I KNOW! How fun is that?), and my favorite, a hand-knit little black and white kitty that I got at a fundraiser for our local shelters. Such a fun bunch of goodies. 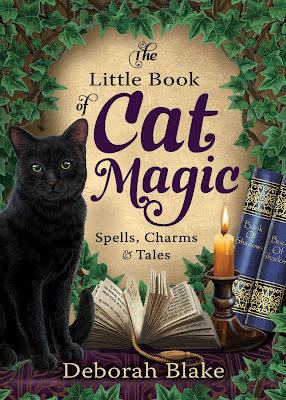 As always, all you have to do to enter is fill out the Rafflecopter form. Things you are already doing (like getting my newsletter) count. And of course, no purchase is necessary, although naturally I'd love it if you'd preorder the book.

Are we excited yet?