A very happy Thanksgiving to all my friends, followers, and fans who celebrate. And to my family--Thanksgiving just isn't the same without you. *waves at Mom and Dad*

I am so grateful for all of you.

So big love to y'all from me and the Furball Gang. 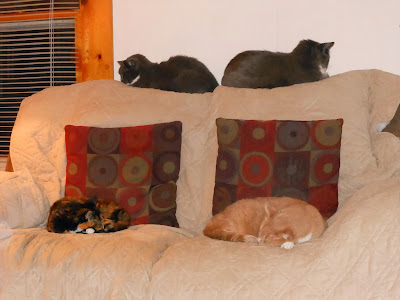 Email ThisBlogThis!Share to TwitterShare to FacebookShare to Pinterest
Labels: Thanksgiving

Oh Yay, It's a Winter Wonderland

As in, I wonder why I still live in Upstate New York...

This is the view out my back door. 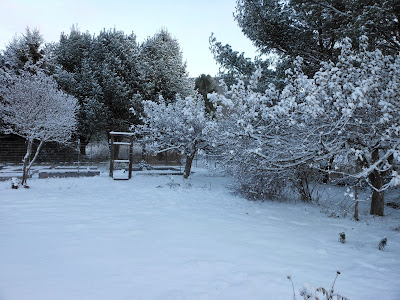 I'll admit, it really is beautiful. The snow is so light and fluffy, it almost looks like someone from Hollywood came by and made it.

Of course, it is also a whole fifteen degrees (f) outside, up from the eight degrees it was when I got up. Brrr....

And they're calling for a winter storm to hit pretty much the entire East Coast Tuesday and Wednesday, bringing with it mixtures of freezing rain, sleet, ice, and snow. Thankfully, I don't have to go more than about ten miles away for Thanksgiving dinner at my pal John's house (and Thursday itself is supposed to be okay), but I have lots of friends who are traveling. I worry.

So if you have travel plans for the holidays, I hope you travel safe, and no matter where you are, I hope you stay warm.

Email ThisBlogThis!Share to TwitterShare to FacebookShare to Pinterest
Labels: winter

Feline Friday: The Cuteness that is Angus


It's Feline Friday time again! Since last week's FF got combined with some other things, and you only got one cute kitty picture, I'm going to make up for that this week by overwhelming you with the insanely over-the-top cuteness that is Angus Mac.

All my cats are cute, of course (at least when they're not destroying things or trying to beat the crap out of me, or stealing my food...). But Angus is just adorable. In fact, I am pretty sure he is sneaking adorable pills for breakfast when I'm not looking.

Don't believe me? This was one morning last weekend. 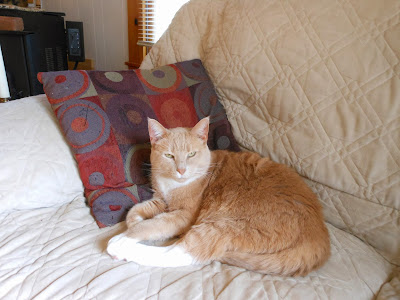 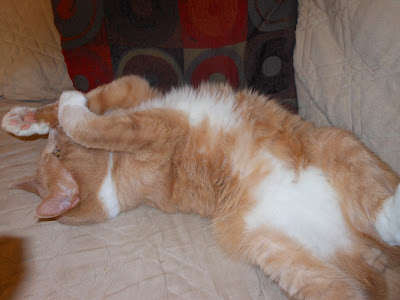 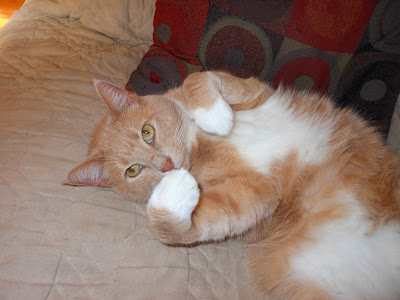 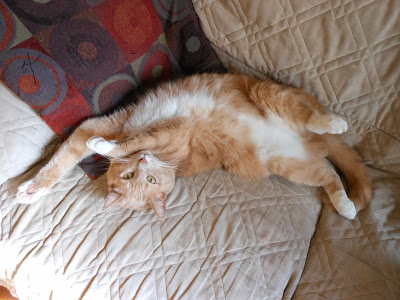 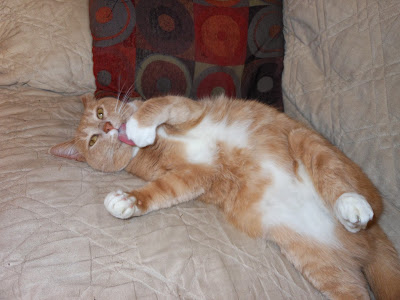 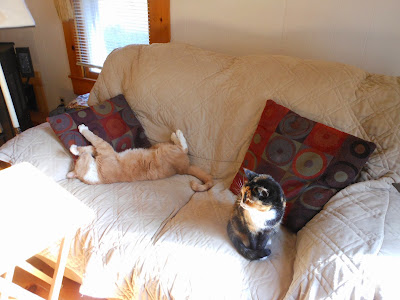 Samhain was not impressed, but he kept me entertained for about a half an hour. (He doesn't usually stay in one place that long...Angus has a very short attention span.)

I hope you all have a wonderful weekend! Happy Friday.

Sorry I haven't been around much--I've been working overtime on the newest Llewellyn book (Lessons from the Pagan Path...which isn't going to be called that when it comes out). I'll explain why in a minute.

In the  meanwhile, two Very Cool things happened this week. I had a great back-and-forth email discussion with  my fabulous Berkley editor, Leis, and we've figured out the back cover copy and a tagline for Wickedly Dangerous, the first Baba Yaga book. (The tagline will probably be used for the second book too.)

What do you think of this?
"Who says wicked can't be good?"

In other news, book sales (contracts) are announced on a website called Publisher's Marketplace, which is viewed by all sorts of publishing professionals. The announcements themselves often come out some time after the initial contract, due to delays in writing up contracts, etc. But it is always kind of a heart-fluttery moment to see your name up their all official like.

Someone on Twitter commented that she'd seen my announcement, and sent her congratulations. So I asked Elaine, my lovely agent, to grab a screen shot of it for me (since I don't subscribe to the paid full version, which lists all the sales, just an abbreviated "important publishing news" version). This is what she sent me:

How cool is that??? It's almost as though I was an honest-to-goddess professional author :-)

Anyway, back here in the not quite as cool real world, the holiday season is rapidly approaching. This means two things to me--the shop is going to get busier, and I need to get my arse in gear and make some jewelry to sell!

So I've been working extra hard on the Llewellyn book, to get it done (except for some guest author contributions, which I'll tell you about another time, if you're interested). It has actually come along nicely, and I hope to be finished by the end of this week! And then, jewelry, jewelry, jewelry!

What did you think of the tagline? I was going for something intriguing...do you think I nailed it, or did I miss the mark?

And which kinds of gemstones are your favorites to wear as necklaces or earrings? Inquiring minds want to know...

Oh, and someone on Facebook asked me the other day how I came up with the idea for using Baba Yaga in a book series. Is that something other people would want to know the answer to?