I was on Amazon the other day, checking on something else, and I was astonished to discover that today is the one year anniversary of my rerelease of my first book Circle, Coven & Grove as an eBook. How time flies!

As some of you might know, CC&G was my first book with Llewellyn, so of course it holds a special place in my heart. They stopped printing it a couple of years ago (the only one of my books to go out of print) and so I put the book out myself with a fabulous new cover by Mickie Mueller.

Here is the new cover: 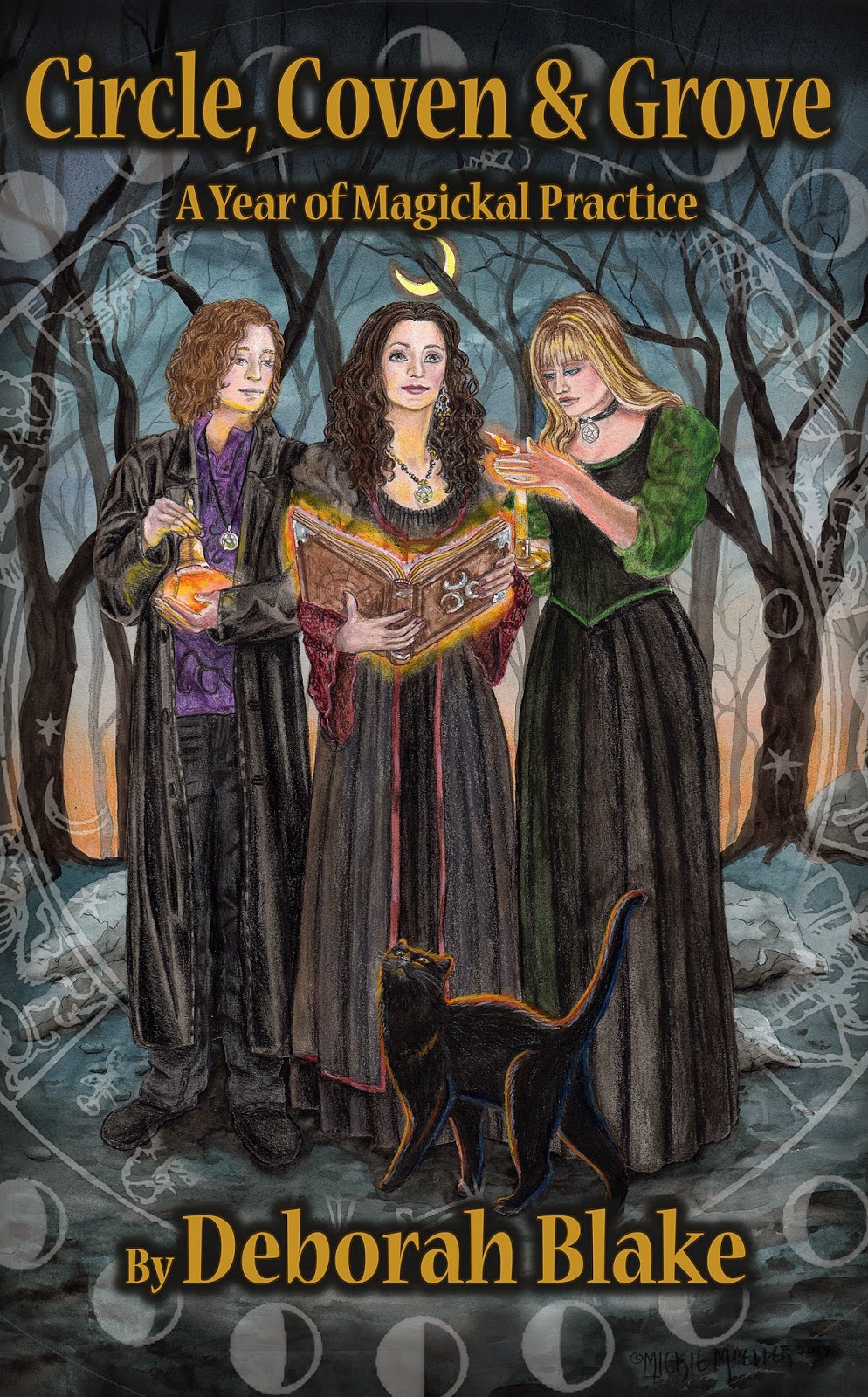 And here is the original print cover. 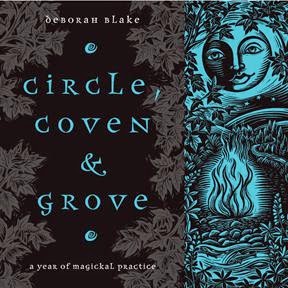 I want to thank everyone who was so supportive of this little book--you guys really amazed me! Plus I have good news! I've been talking to the publisher at Llewellyn (the fabulous Bill, who I got to hang out with at Pantheacon in February) and it looks as though they are going to put Circle, Coven & Grove BACK OUT IN PRINT! Yayayayay!

We're still ironing out the last few details, so I can't promise anything and I don't know when it will happen, but it looks pretty likely.

So to celebrate the anniversary of the new ebook edition (which will still be available) and the probable rerelease of the book in print, I'm having a fun giveaway for the next couple of days.

I'll be giving away one of my treasured print copies of the book (signed, of course) and Mickie has very generously included a very cool candle sconce from her Etsy collection. Check it out! 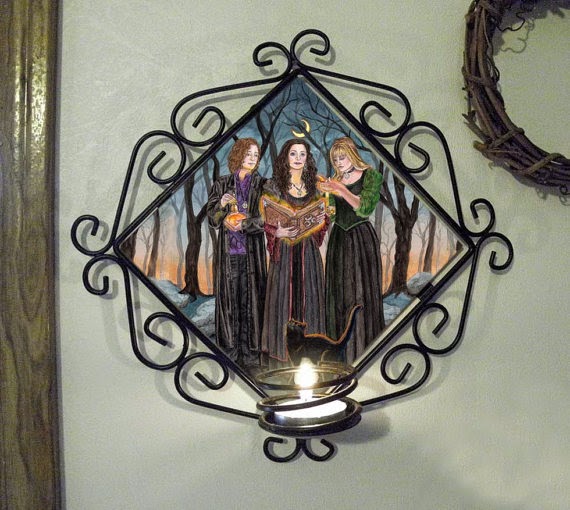 And tune in tomorrow, because Elisabeth Alba and I will be posting another report on the Tarot Project!

(Sorry, but this giveaway is for USA only, since these items are heavy to mail. But as usual, if an out-of-country winner is chosen, I'll send them something else cool but lighter weight.)


I'm sorry I haven't been around much lately (see previous post for explanation). But I'm going to make it up to you by doing another big giveaway! Do you forgive me now? I thought you would.

In fact, I'm going to do two giveaways in a row, so be sure to check back at the end of the month to see what the second one is. (I have a surprise for you. No, I won't tell you what it is. That would ruin the surprise!)

This is a celebration giveaway, because I'm happy to say that it looks like my new Llewellyn Worldwide book,  Everyday Witchcraft: Making Time for Spirit in a Too-Busy World

is doing quite well, even though it was released almost a month ago.

Can I get a huzzah?

In fact, here is what I saw when I looked on Amazon yesterday:


At the bottom of the page, it looked like this: 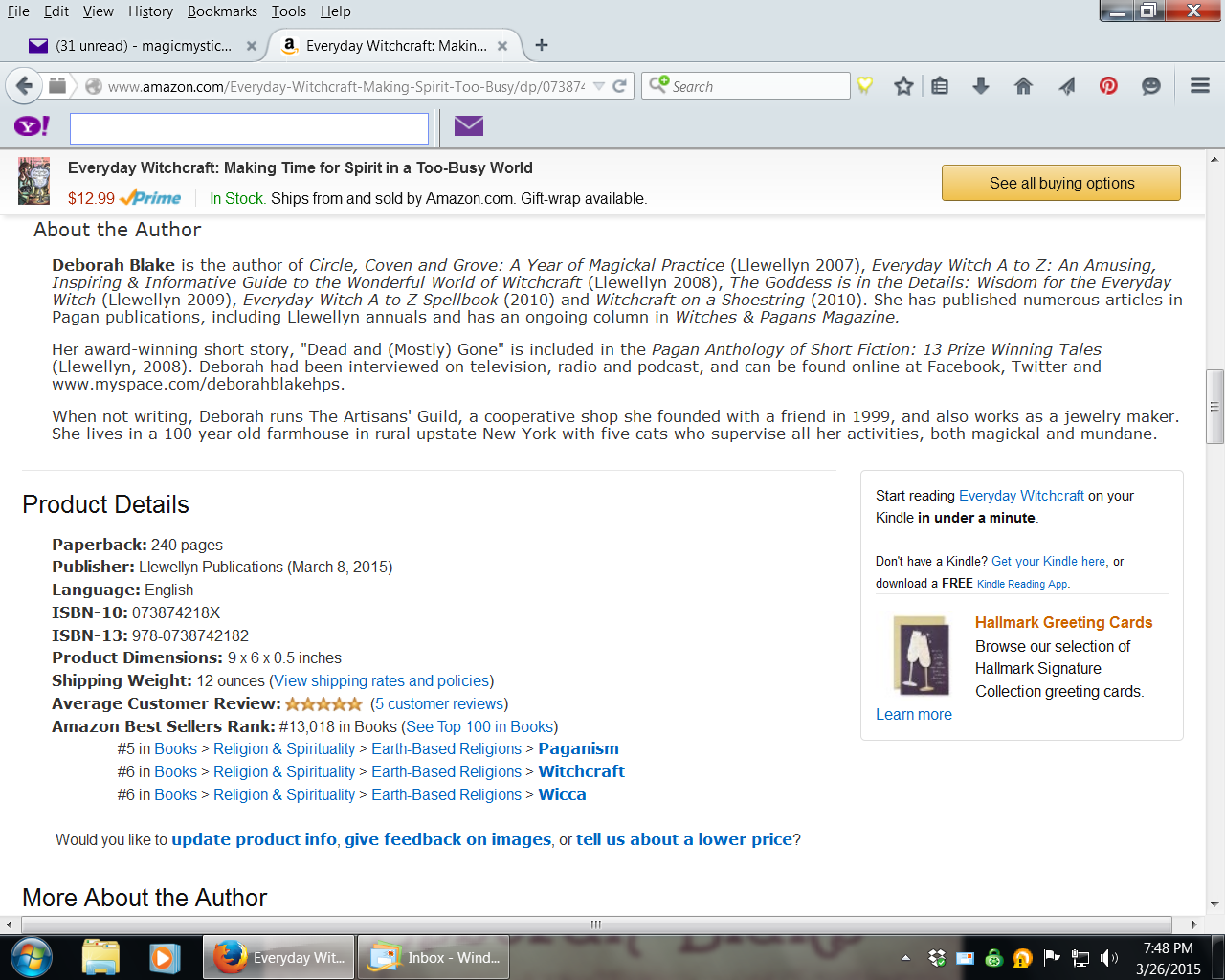 Yes, I know that's not a real word. Never mind.

Those numbers are great for a book in its first week of release. For the end of a release month, they're fab. Of course, I only have five reviews so far, and I'd love to get some more (HINT, HINT, SUBTLE HINT), but over all, I'm very happy. I've also had lots of people writing to me and saying how much they love the book, which of course, makes me happier still.

So now I'm going to spread the happy by doing a giveaway! I'm going to give away one big prize pack with a double-sided tote bag (just one bag, but it has Everyday Witchcraft on one side and The Witch's Broom on the other), plus a notebook, postcard, and magnet, and a cool broom pen. Sorry, Magic the Cat is not included. She was just supervising. 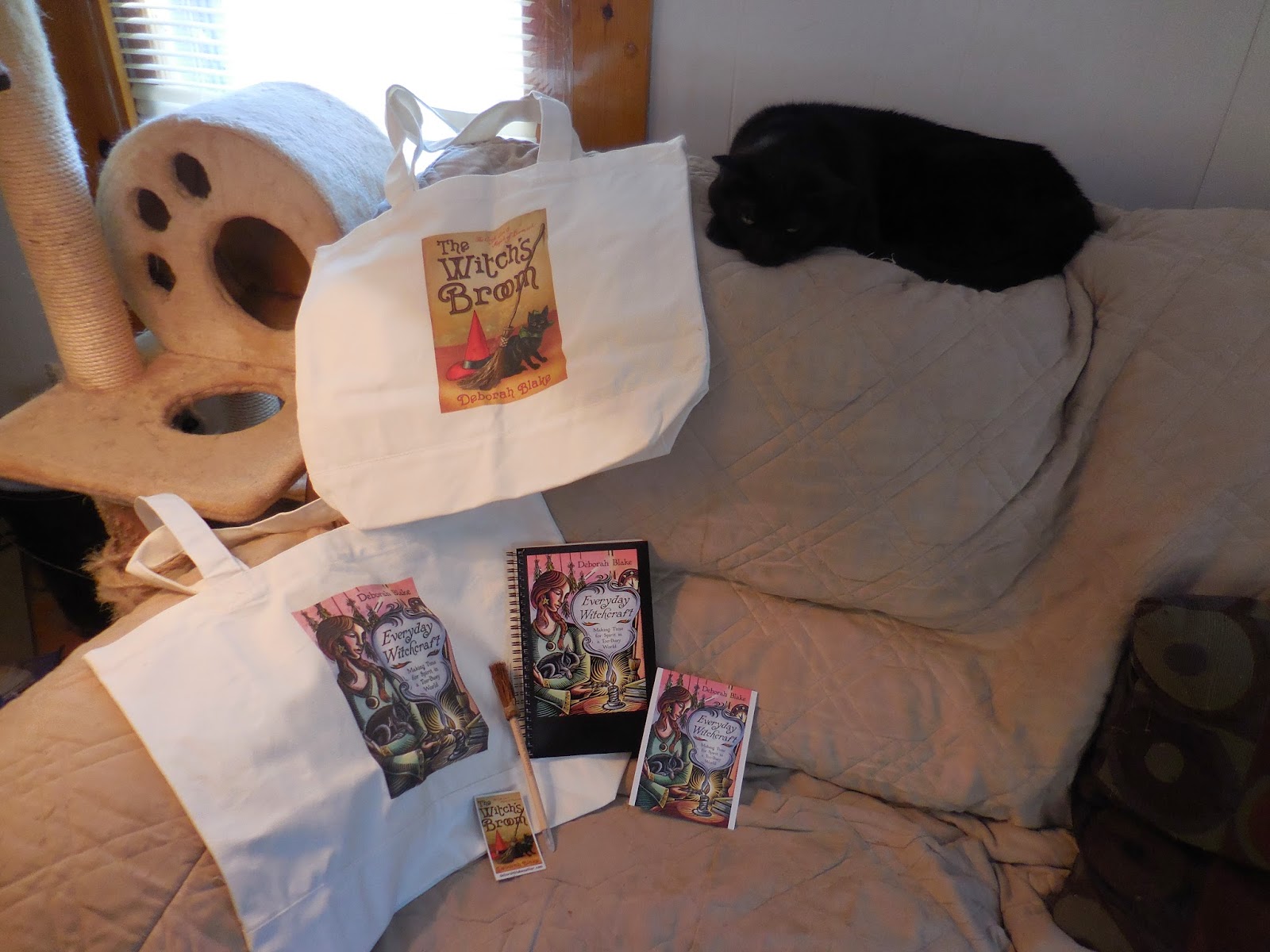 PLUS, I'll be giving away TWO signed copies of Everyday Witchcraft! 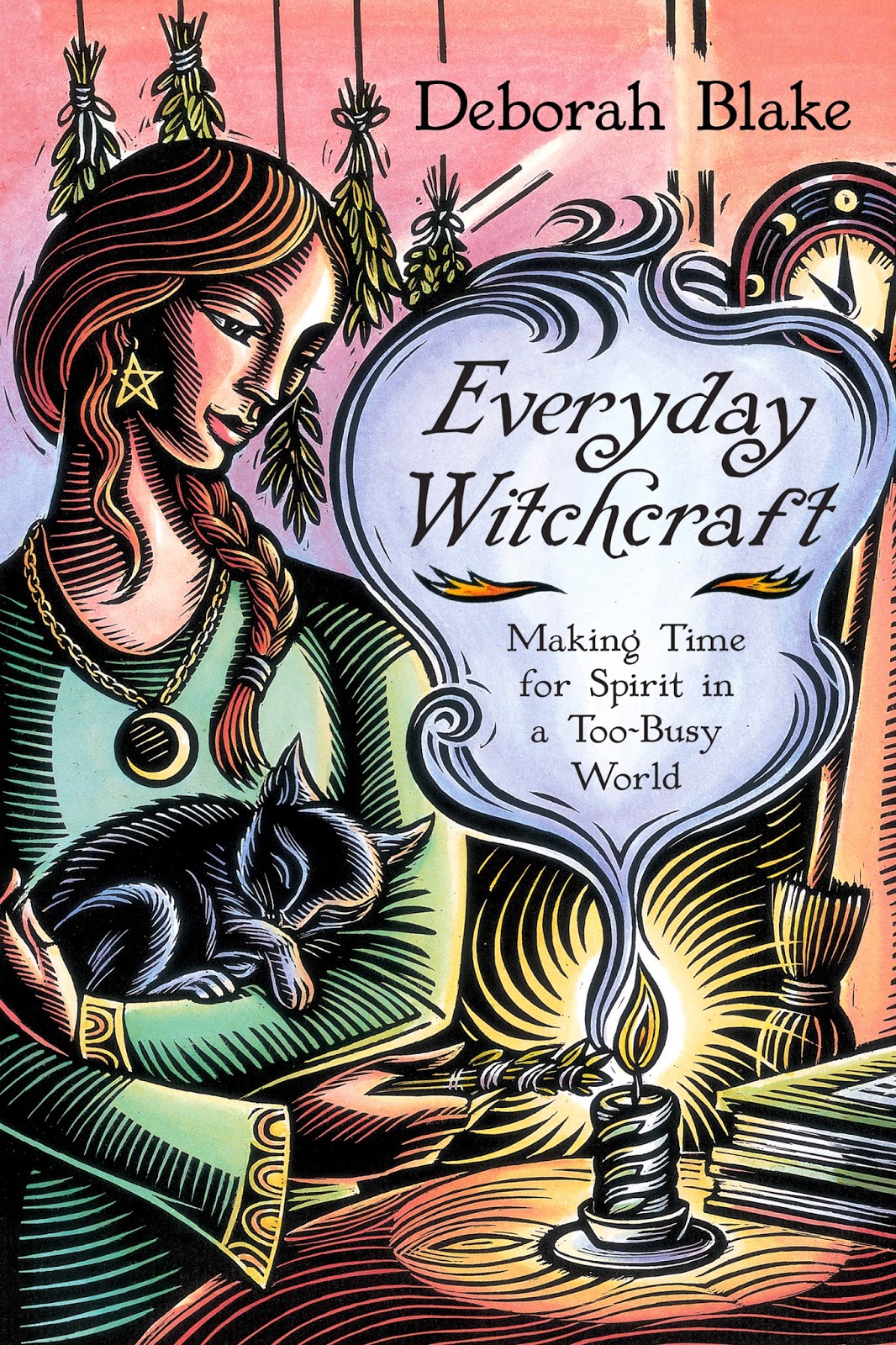 As usual, it is easy to enter. You get extra points for doing things like buying a copy of the book and posting a review (which this time you can do every day of the contest, as long as you post it in different places each day, like Amazon, Goodreads, and Barnes & Noble ). Or you can just comment and tell me if you are excited about the book, love the cover, or just think Magic the Cat is the best prize-putting-together supervisor evah.

And of course, I'd love it if you'd spread the word. On account of you are all teh best readers evah. 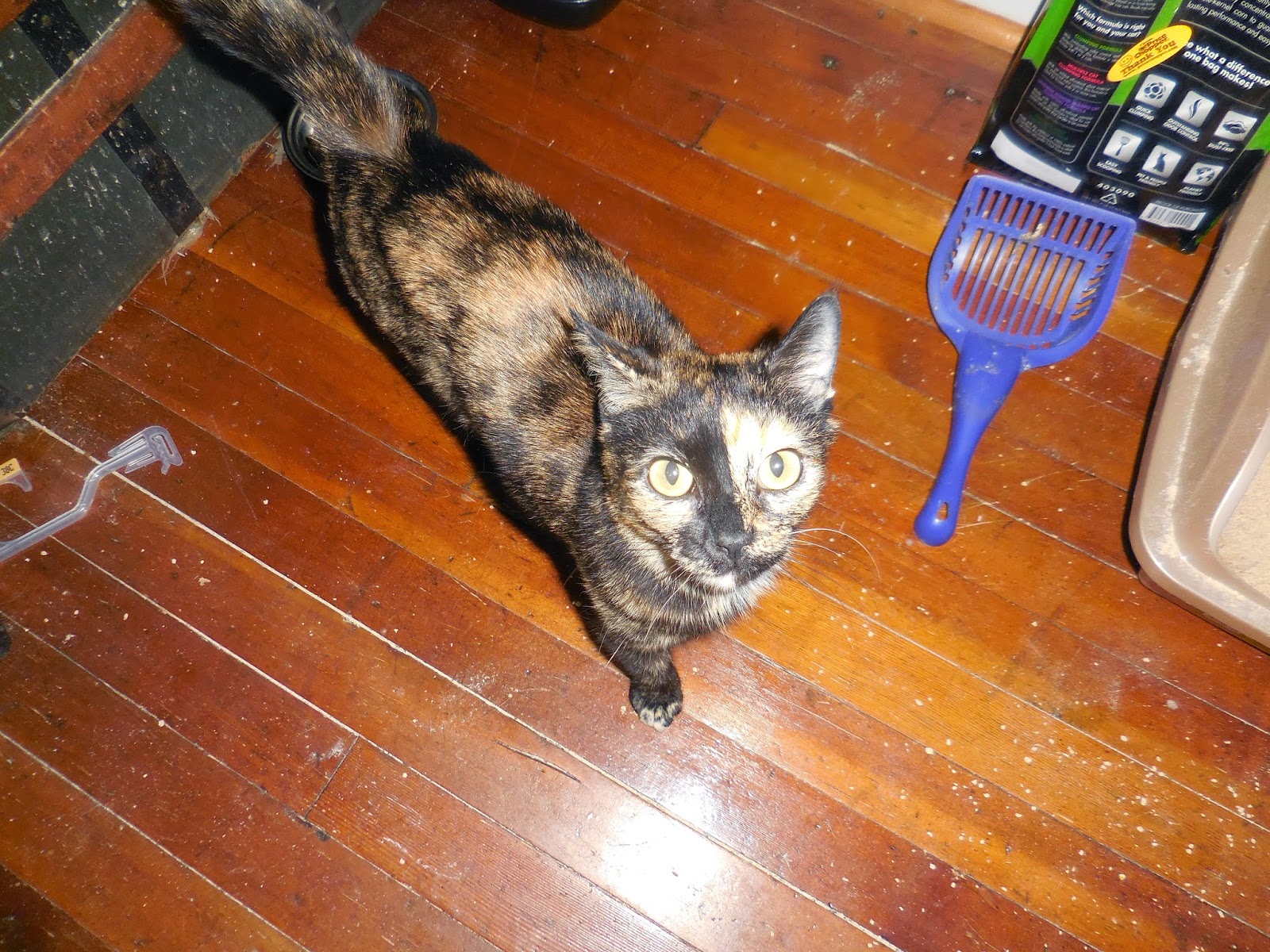 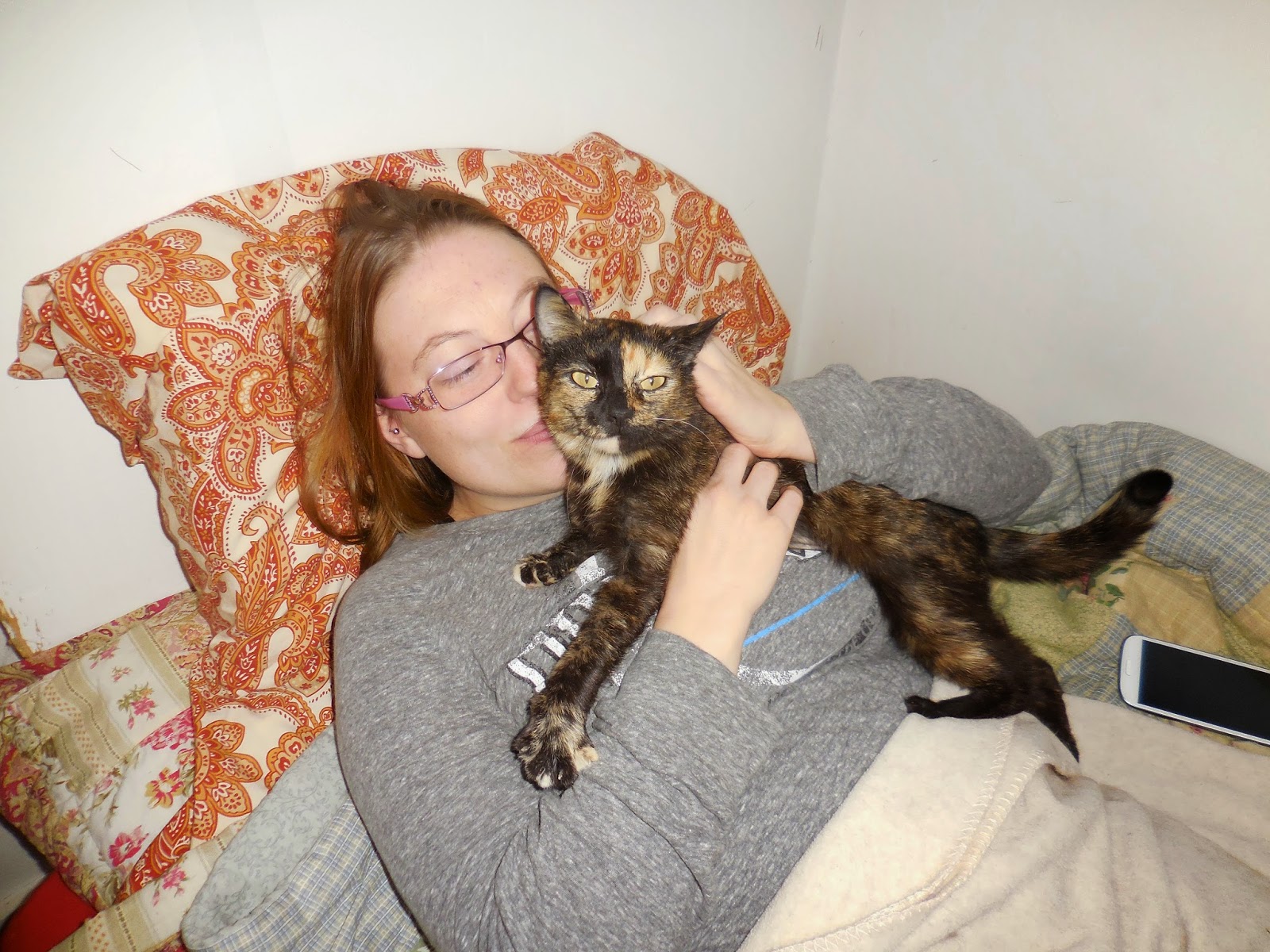 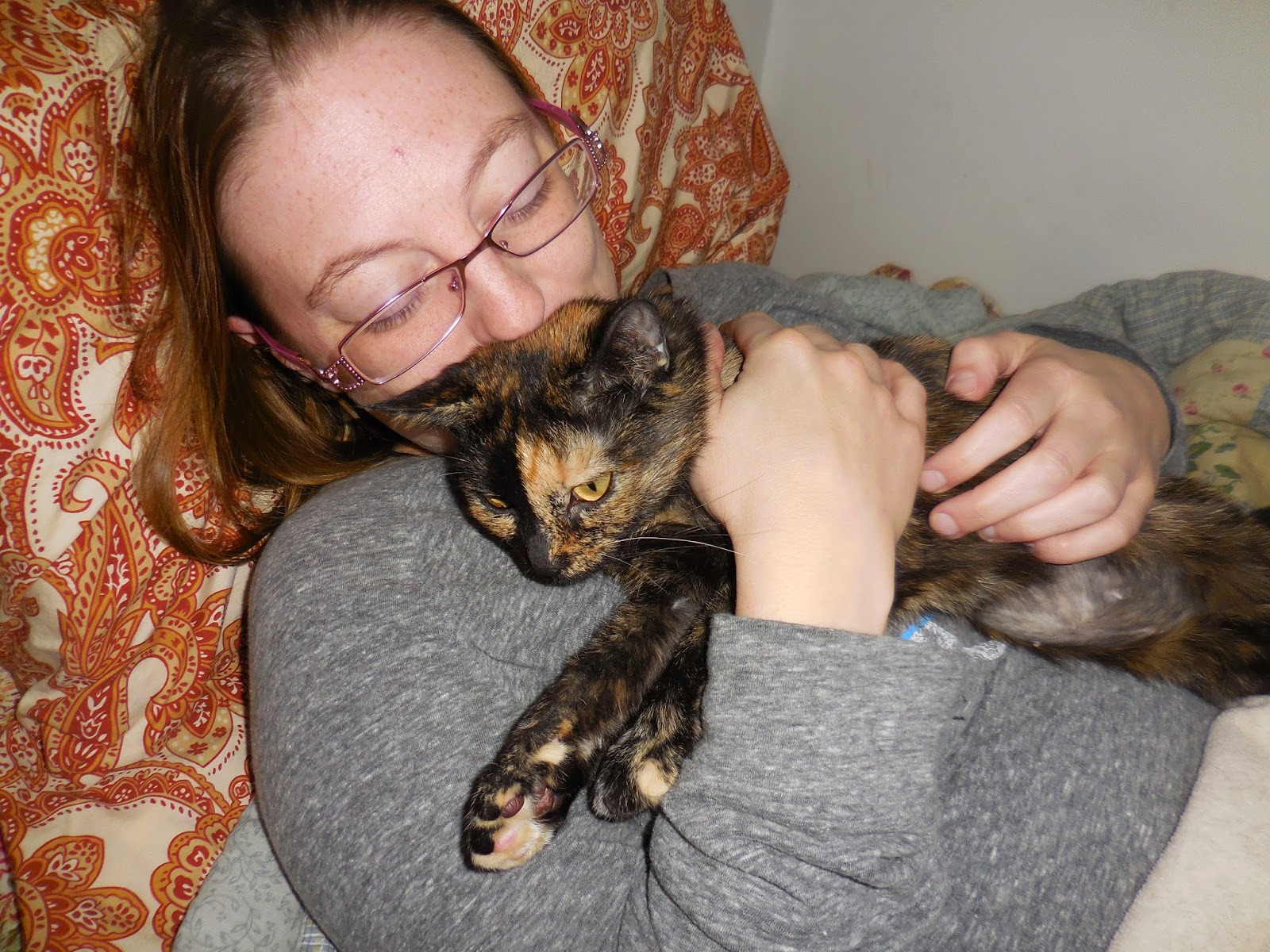 
As many of you know, I am hard at work on the next Baba Yaga book (after Wickedly Dangerous and Wickedly Wonderful). I thought you might like a sneak peak at our third Baba Yaga and her (mostly) faithful dragon companion, Chudo-Yudo.

Here is our first Baba and Chudo-Yudo 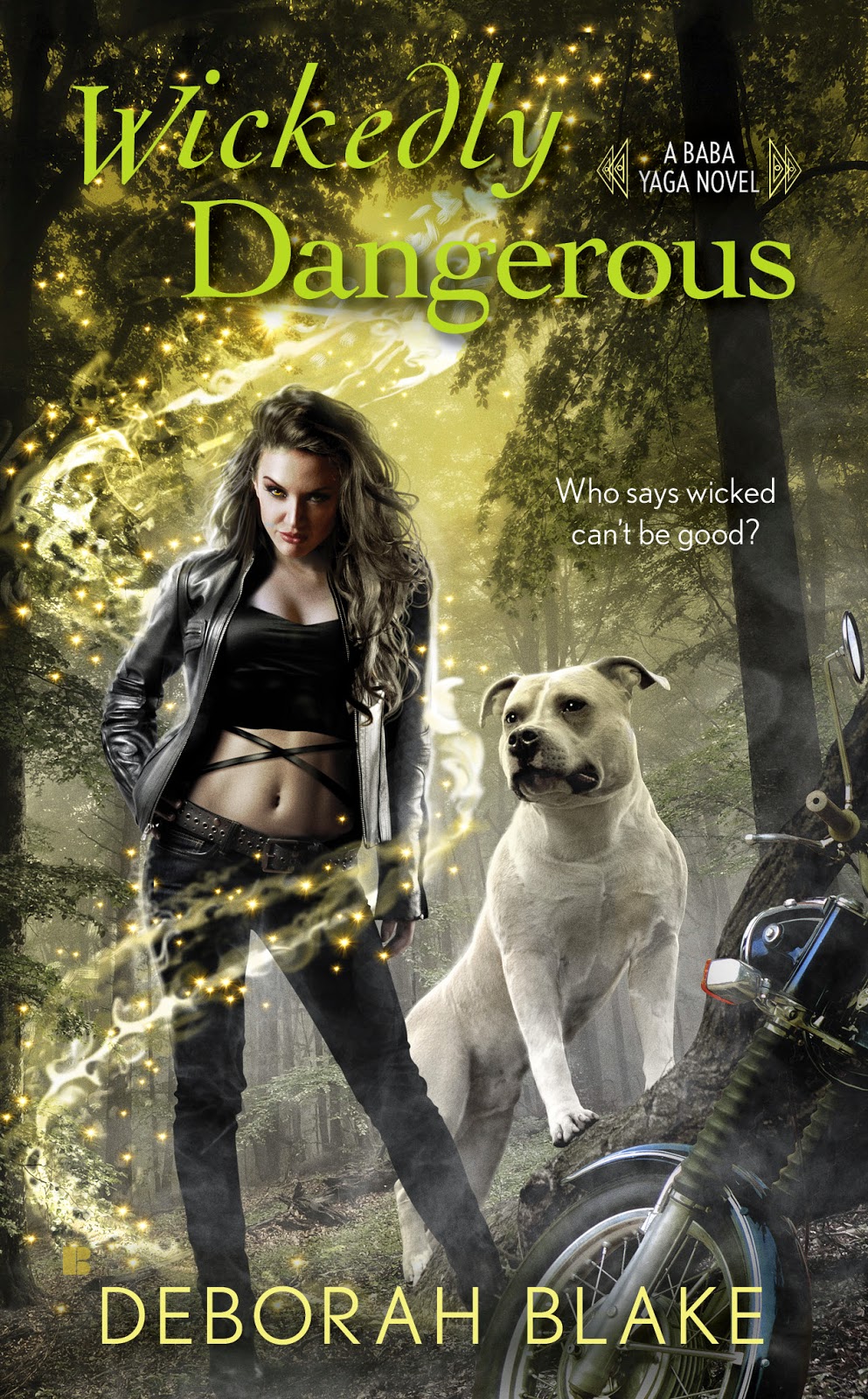 And here is our second 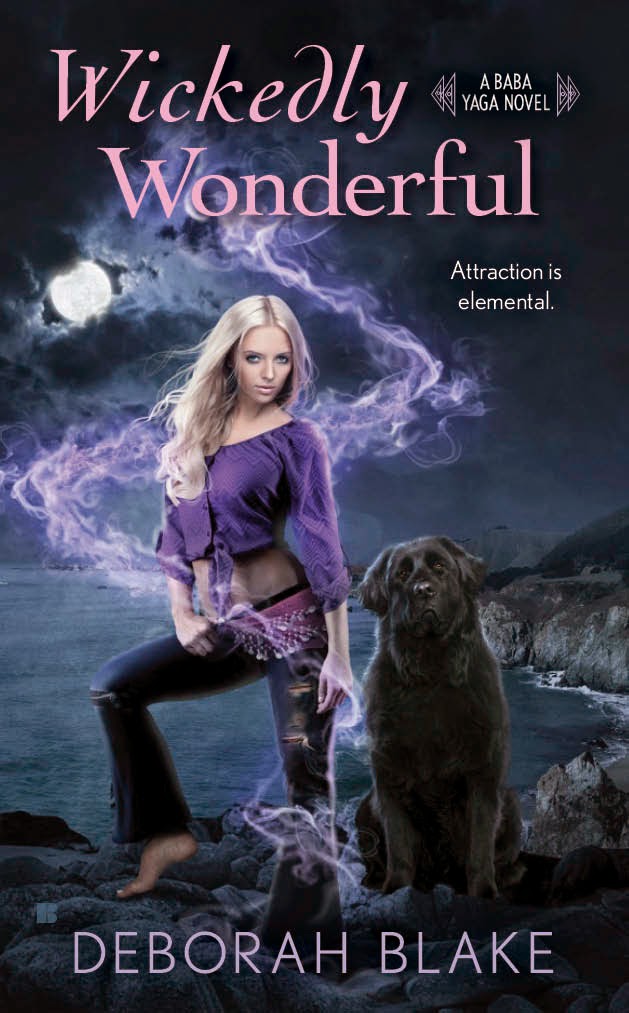 The first cover is a pretty good rendition of what I'd envisioned, and the second isn't quite what I had in mind, but not bad. Of course, we are a long way from having a cover for book three, tentatively called "Wickedly Powerful" (they won't even start working on it until the book itself is done), but I thought you'd like a look at how I envision our third Baba, Bella Yates, and her dragon is his disguise.

Are you ready? Here's Bella 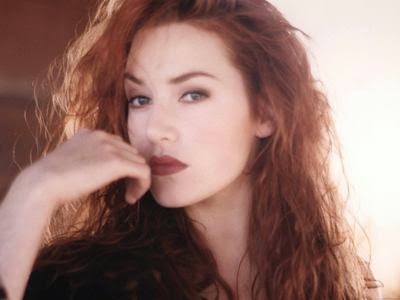 And here is her Chudo-Yudo, who she calls Koshka (which is Russian for a female cat--kind of an inside joke between them, since he is neither a female or a cat, really). 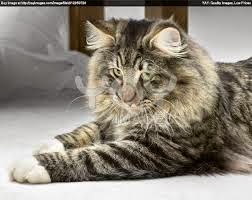 Surprise! Yes, we finally have a Chudo-Yudo who is a CAT! (Doesn't he look as though he could actually be a dragon, though?) This is a picture of a Norwegian Forest cat--they can grow to be over 30 pounds, although of course Chudo-Yudo is even larger than that.

What do you think? Are you happy? Surprised? Excited?

I'm really pleased to finally be getting a cat on the cover. I hope you are too!