Veiled Magic is Out!


Happy release day to me! (And to all of you who plan to read the book, of course.) I'm so pleased to welcome VEILED MAGIC to the world! Now I just have to keep myself from obsessively checking the Amazon rankings... Book release days are both fun and nerve wracking! 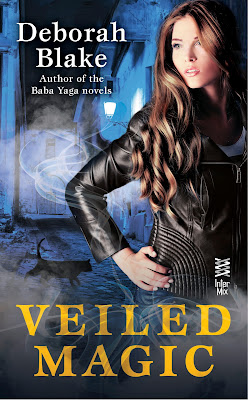 Magic the Cat says, "I read it and really liked it. Well, I kind of liked it. At least there's a cat in this one." 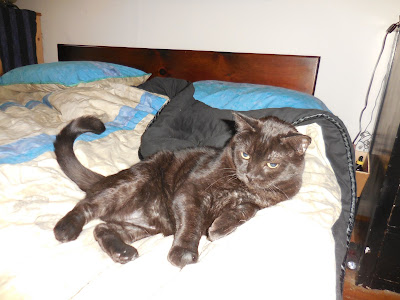 Mystic wants to know if you're going to read it. He's curious that way. 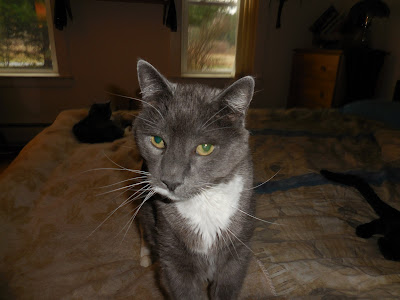 Don't forget that you can read the prequel short story, originally published in The Pagan Anthology of Short Fiction, for free at my website! Dead and (Mostly) Gone

Here are a few handy Buy Links if you feel overcome by the sudden urge to go get yourself a copy.
AMAZON
B&N
IBOOKS

It's only available as an ebook, but you can download a free Kindle app on Amazon (right on the book's page) and read it on your computer if you don't have and eReader. (No, it won't be out in print any time soon, as far as I know, unless it sells like crazy.)

I hope that people love this one, because I sure do!

So tell me, what should I do to celebrate? And if you read it and like it, be sure to let me (and, you know, the rest of the world) know!

OMG! The book is out! Happy dance time! I can't believe that VEILED MAGIC is out in a week! I have been waiting a long time for this book to make its way out into the world. (It was the book that got me my agent four years ago, but we didn't sell it until this year.) I'm a little excited. *dance dance dance* Ahem.

Have you preordered your copy yet? She asked, as if she didn't care what the answer was...

Veiled Magic will only be out as an ebook, but if you don't have a reader, and don't happen to win one at my KINDLE FIRE HD GIVEAWAY (which ends on Friday, October 13th), you can still download it onto your computer using the free Kindle app. Just sayin'.

I know I already have a giveaway going on, but I can't let the one week mark go by without doing *something* now, can I? So I'm going to do a flash giveaway! This one is going to run until the end of the day (midnight EST) on Wednesday the 11th. The winner will get this:

As always, no purchase is necessary. This one is open to USA only, because of the shipping, but no worries, there will be plenty more giveaways coming up soon.

All you have to do to enter is to leave a comment on the blog. And since we're not using Rafflecopter for this one, be sure to leave an email or facebook name or some other way to get in touch with you if you win.


Sorry I haven't been around, but I literally haven't been around. (Although I have read all of your comments on the giveaway post!) I left on Thursday night for the World Fantasy Convention, held this year in lovely Saratoga NY, about 2  hours from where I live, which is one of the reasons I went when I was already traveling too much this year. I just got back last night.

It was an interesting con...the convention itself wasn't great (for a number of reasons too complicated to go into), but I got to spend time with some fabulous folks (including authors I knew from Facebook but had never met in person, as well as an old friend I hadn't seen since 2008), see the amazing art show, and eat WAY too much wonderful food. Here are a few highlights:

Getting to meet Esther Friesner and Carol Berg (two of my favorite authors) and spend time with them was such a treat! As was hanging out with the gorgous Lucienne Diver, and my old pal C. S. MacCath, who I met back in 2018 at Pantheacon. We're both in the Llewellyn Pagan Anthology together. She and I and Crystal Sarakas, another friend, may have hatched a sekret plan. Or not. I can't say. 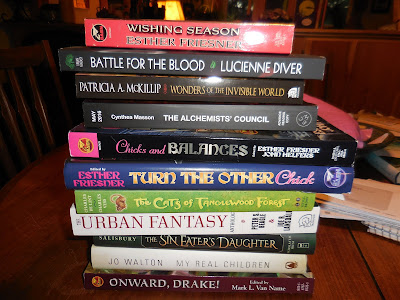 Naturally, I didn't make it home without some books. A few of those were given to attendees in a cool bookbag, and others I bought to get signed by Esther and Carol, or just because I didn't have them yet. Lucienne and I swapped books, because we each had the other's books only on Kindle.

To top the whole thing off, I got to have breakfast on Sunday morning with my sister Sarah, talented brother in-law Rich, and my much-adored niece Addy, who live nearby.

It was a lovely time, but I'm glad to be home with the kitties and getting ready to dive back into working on Baba #4. Plus, of course, Veiled Magic is out in a week! The KINDLE FIRE HD GIVEAWAY is still on for another three days, so be sure to enter if you haven't done so yet! (And the Tweet about it option can be used every day.) I'll be posting another giveaway soon, too!

Have you gone anyplace interesting lately? (Or, you know, eaten anything good or bought a cool new book?)

Posted by Deborah Blake at 8:06 PM No comments: 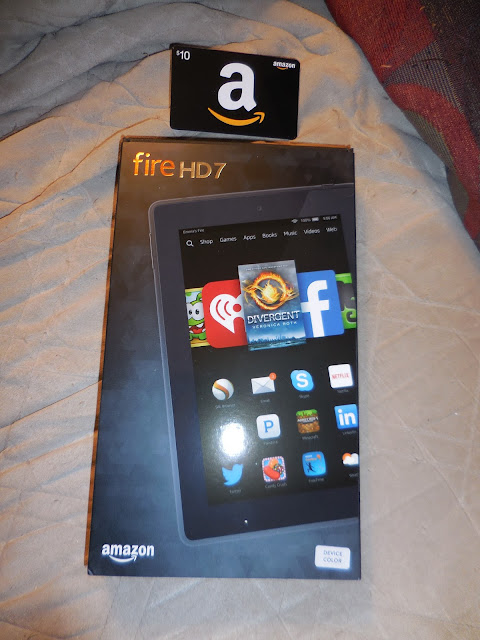 a Rafflecopter giveaway
Posted by Deborah Blake at 4:00 AM 89 comments: