The Flowers That Bloom in the Spring Tra La


One of the great things about my property is that when I moved in, a lot of my favorite flowers were already here, including a bunch of lilac bushes. Most of them bloomed this week, and I thought I'd share. Sorry you can't smell them! 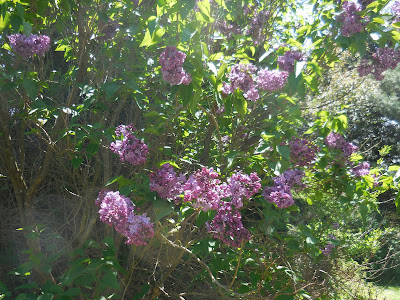 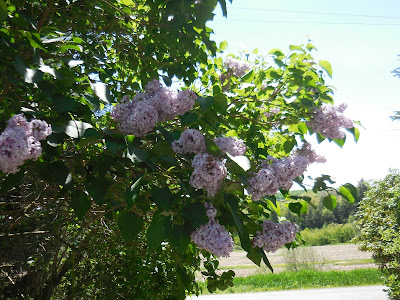 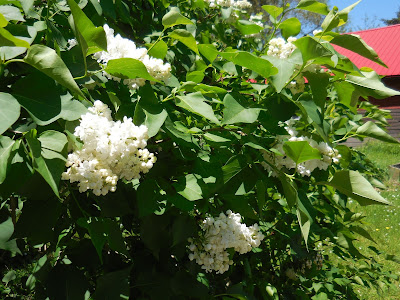 I've also got all sorts of birds nesting in bird houses, and in one case, on top of a bird house (apparently it didn't like the house itself, go figure). 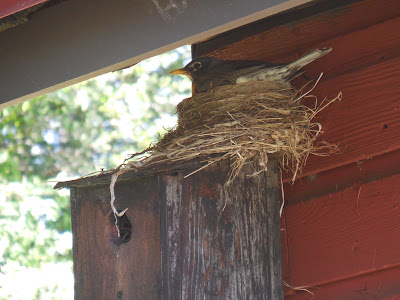 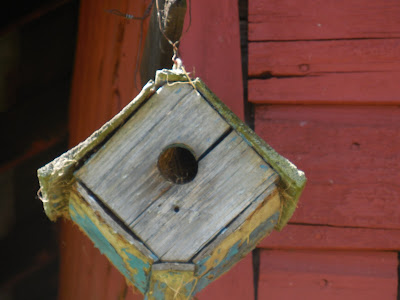 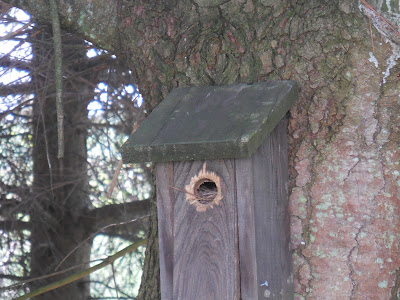 Plus I put in a new flowerbed where there used to be strawberries (they're in the main garden now). This year it has annuals in it, but I'm planning to plant some perennials for next year. 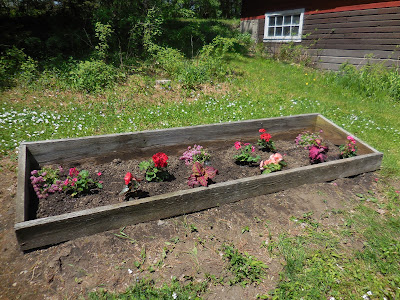 What are your favorite spring flowers?

Email ThisBlogThis!Share to TwitterShare to FacebookShare to Pinterest
Labels: a day in the life, flowers, spring


It has been a fun few days at Casa Deborah...

As some of you know, I live in an approximately 130 year old farmhouse. It's not large--only 1,200 square feet, and most of it has been added on to the original even smaller structure over the years. Usually by people whose ambitions clearly exceeded their skill sets. In short, there are lots of crooked walls, slanting floors, and odd bits and pieces.

Take my bedroom closet, for example. This is what it looked like Monday morning.

It looks like a small closet, right? (And it is short, only about 68" high instead of the normal 80".) But in actuality, the closet runs the length of the wall to the left towards the dresser.

Of course, the problem was getting at anything shoved in that far side, since you kind of had to sidle in sideways and pray the giant spiders didn't get you. It was, in short, a pain in the patootie. The door was also sort of jury-rigged and only half attached. I put up with it for 15 years, since I moved in, and finally hit the wall this spring. Or maybe hit the closet. Anyway, I decided to have it redone. I also discovered that the overhead space was actually empty--a continuation of the cupboards on the bathroom wall on the other side, so I figured I'd get them cut out too, so I could actually access the whole space.

Easy, right? [Any of you who have ever had work done will be laughing at this point.]

So the Guys Who Do Stuff came in and did the work yesterday, and it was sort of right, with a lot of not so right mixed in. (Also, the cats were very indignant about having to be locked in the upstairs room so they wouldn't accidentally get out while the Guys were running in and out.)

This is what it looked like when I got home yesterday.


Even Magic, when she got to come take a look at the "finished" project, was not impressed.


I'm a pretty easy going person, in general (stop laughing, people who know me) but if I pay for a job, I expect it to be done right. Also, HELL NO.

So the Guys came back today and fixed it. It's not perfect, but that's at least in part because nothing in my house is straight, including the walls, ceiling, and floor in that room. But it is a lot better.

I still have to paint it (or maybe stain it, I haven't decided). Probably paint. But now I can actually access the whole closet, so I get to reorganize All the Things, and hopefully move some stuff from other closets into this one. I'll probably get a few organizer thingies to help with that. I love organizing messy things and making them neat. Even though I know it won't stay that way. I call it my "Organizational Neurosis." LOL.

Look, I can get to the whole closet now!!! (Don't look at how ugly it is in there. There are limits to what I can fix.) 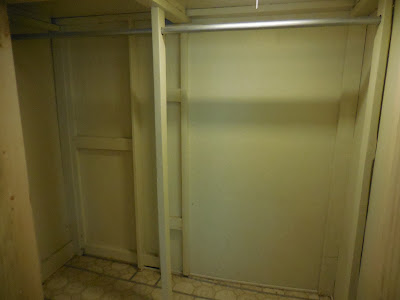 Of course, now I have to take the original contents of the closet and put them back in. I'm pretty sure I have too many clothes. My plan is to look at each one as I get ready to put it back, and hope that about 20% of them will go to the Salvation Army. Do I really need 8 black sweaters? (The answer to that, of course, is YES. They're all different!)

Still, at least one of the things that has been bugging me since I moved in is finally fixed. Only 527 left to go...

What construction project have you ever lived through? Did they go well? Or did you want to kill the Guys and bury them in the back yard?