No, I'm not setting off grenades in the garden :-) But you hit a certain point in the summer when some sections of your garden just seem to explode. It's pretty cool... 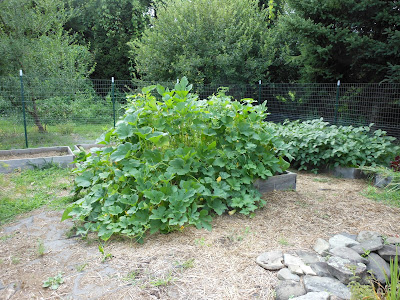 That's the spaghetti squash bed, which is overflowing on the the tomatoes behind it (which you can't see) and the garden plot around it. Back and to the right you can see the soybeans. 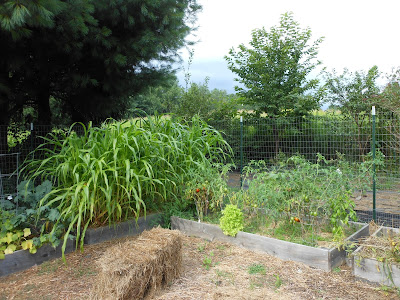 My little corn patch (which I thought wasn't going to make it this year, since winds knocked them over weeks ago, but thankfully they have mostly bounced back--on the other hand, they aren't tassling up much, so we'll see). Next to them are the tomato plants, which sadly, are NOT having an exploding kind of year. 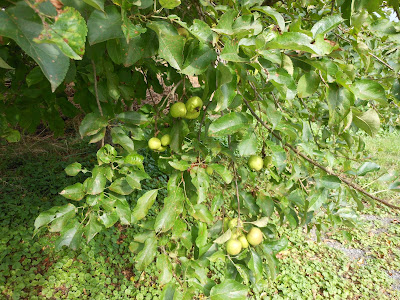 This is one of my two golden delicious apple trees. I had them heavily trimmed back the last couple of years and they must have liked it, because they are absolutely covered with apples. They won't be ready to eat until early October, alas.

In other news, there has been an enthusiastic response to my question about whether or not people wanted the crystals & gemstone magick class, so we will definitely be doing that next month. I'll let you know when Heather gets the registration set up!

What is your favorite fresh fruit or veggie during the summer?
Posted by Deborah Blake at 7:36 PM

Email ThisBlogThis!Share to TwitterShare to FacebookShare to Pinterest
Labels: gardening, in the garden