A note from Deborah: I had so much fun doing a blog swap with my author pal Jim C. Hines a couple of weeks ago, I decided to do it again with long-time buddy Alex Bledsoe, the author of the Tufa  novels, plus a bunch of other great series. He wrote up something to post here on his thoughts about writing a female villain (which he did INCREDIBLY well in his latest book, LONG BLACK CURL...man, I hated that woman!). I'm over on his blog talking about writing novellas and novels for the same series--mine, that is. I'm giving away a copy of WICKEDLY POWERFUL over at his blog to one lucky commenter, and he is giving away a copy of his book here.

ON WRITING A FEMALE VILLAIN
by Alex Bledsoe

Coming up with a villain is never easy.  Your villain is the measure against which your hero* must stand, so you never want to have a weak one.  More, the best villains believe that, from their perspective, they are the heroes.

The antagonist’s gender can present issues as well.  I’m a firm lover of film noir and classic detective fiction, where the femme fatale occupies pride of place among villains. Brigid O’Shaughnessy very nearly outsmarts Sam Spade in THE MALTESE FALCON, and Irene Adler does outsmart Sherlock Holmes.  Even Disney presents an array of wicked queens, stepmothers and witches, and at least one femme fatale (Jessica Rabbit).

When I was writing LONG BLACK CURL, my most recent Tufa novel, I knew I needed a new villain.  The one from the preceding book, WISP OF A THING, had lost both his power and prestige in the community, and I thought that restoring it would be a cheat.  So I came up with Bo-Kate Wisby, one of the only Tufa to ever be permanently exiled, and her plan for revenge.

The Tufa novels are not action-adventures, so Bo-Kate didn’t have to be the toughest character.  Nor did she necessarily have to be the smartest.  But she is without a doubt the most devious, and has one skill that makes her especially dangerous: the ability to pick out an opponent’s weaknesses.  She knows where to poke the knife, both literal and metaphorical.

I also wanted Bo-Kate’s reasons for her villainous behavior to be both clear and sympathetic, like Annie Wilkes in MISERY.  Bo-Kate believes she’s fully justified in what she’s doing, even when it costs innocent lives.  What was done to her was so horrific that any act of retribution is justified.

She’s also sexy, as a femme fatale should be.  Not all female villains are—Dolores Umbridge, for example, is about as sexy as a wet sock, but she’s villainous through and through, as is Nurse Ratched from ONE FLEW OVER THE CUCKOO’S NEST.  Bo-Kate is much more in the tradition of Lena Olin in the delirious ROMEO IS BLEEDING, willing to do anything—anything—to see her plot to completion.

In a lot of popular culture, there’s been the trope that a female villain must only face a female hero: think Faye Dunaway vs. Helen Slater in SUPERGIRL, or Halle Berry vs. Sharon Stone in CATWOMAN, to use two atrocious examples.  Both parts of KILL BILL were essentially nothing but girl-on-girl violence.  The idea seems to be that male heroes are simply too tough for a female villain to overcome, but that’s clearly not true: again, see the history of femme fatales.

It was fun writing Bo-Kate, but by the end, I sympathized with her, too.  I think that’s the sign of a good villain, and I can only hope that readers of LONG BLACK CURL share that sympathy by the final page.  If they do, then I’ve done my job.

*”hero” and “villain,” unless otherwise specified, are genderless terms. 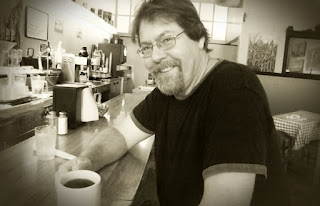 Tell Alex and me who your favorite female villain is, or what traits you would love to see in one that you haven't seen before. (Or just say hi.) We'll pick a random commenter in a week, on Wednesday the 24th.
Posted by Deborah Blake at 6:30 AM