It's the first week of May and in theory, we are solidly into spring. The reality at my house is a little less...springy. It was 35 degrees out when I woke up this morning, and my heat had kicked on. Between the cold and the constant rain, I've barely gotten anything done in the garden. Lettuce and spinach went in a few weeks ago, and are barely showing bits of green above the soil. Last weekend I put in about 180 strawberry plants, thanks to my friend JC. Other than that, I've done a little clean up, but that's it. I don't even have peas in yet. (Hopefully this afternoon after work.) If it wasn't for the garlic, planted last fall, it wouldn't look like a garden at all.

But slowly, I'm starting to see signs of spring, so hopefully it will really show up at last. (They're calling for warmer temps by the later part of the week and weekend...along with chances of rain every day. Sigh.)

Still, there's this, seen out the living room window. I have lots of rabbits in my yard, and I often see them chasing each other around at this time of year. They're playing, right? Right? 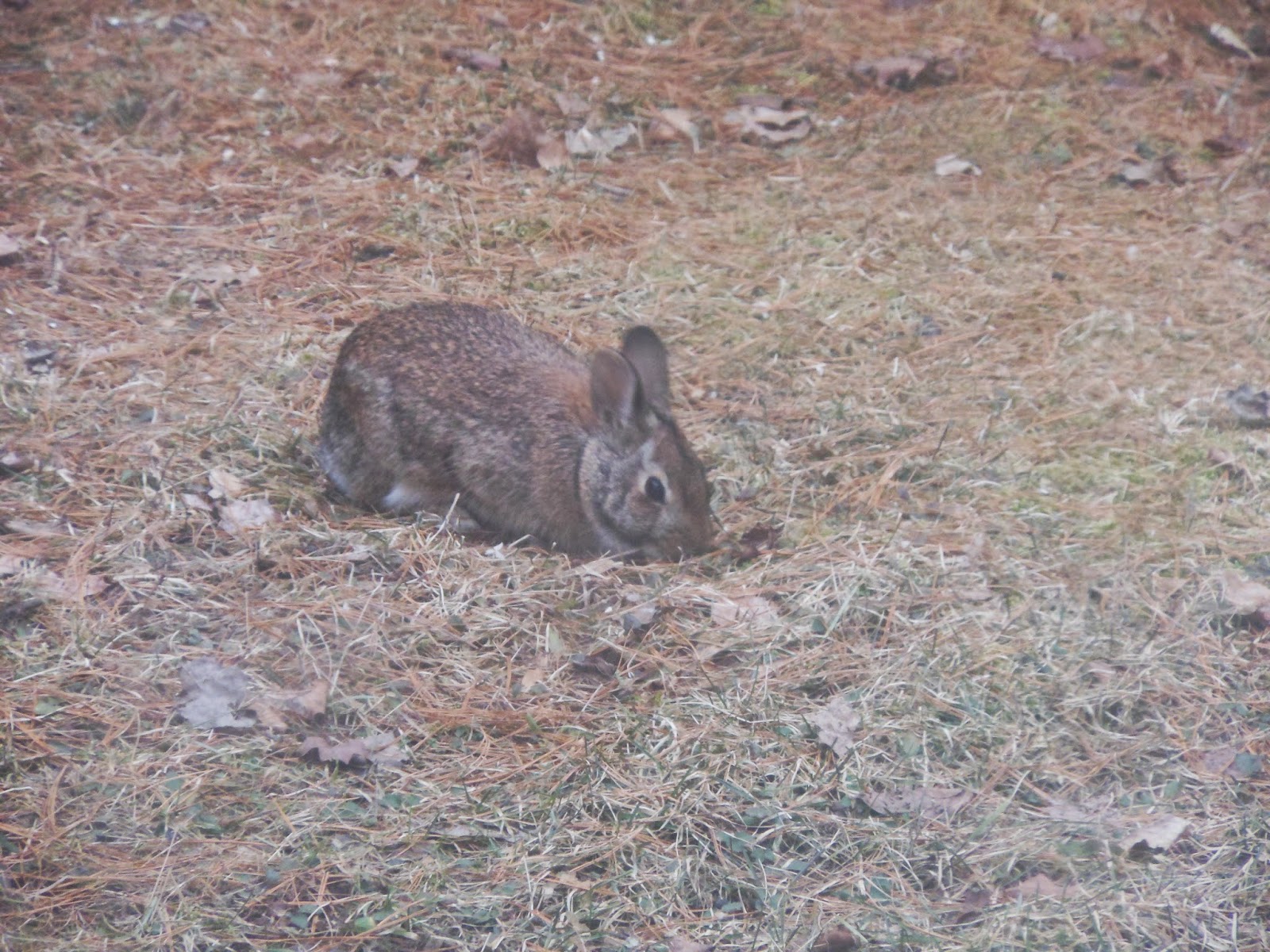 And chives, poking out of the ground through last year's leaves. 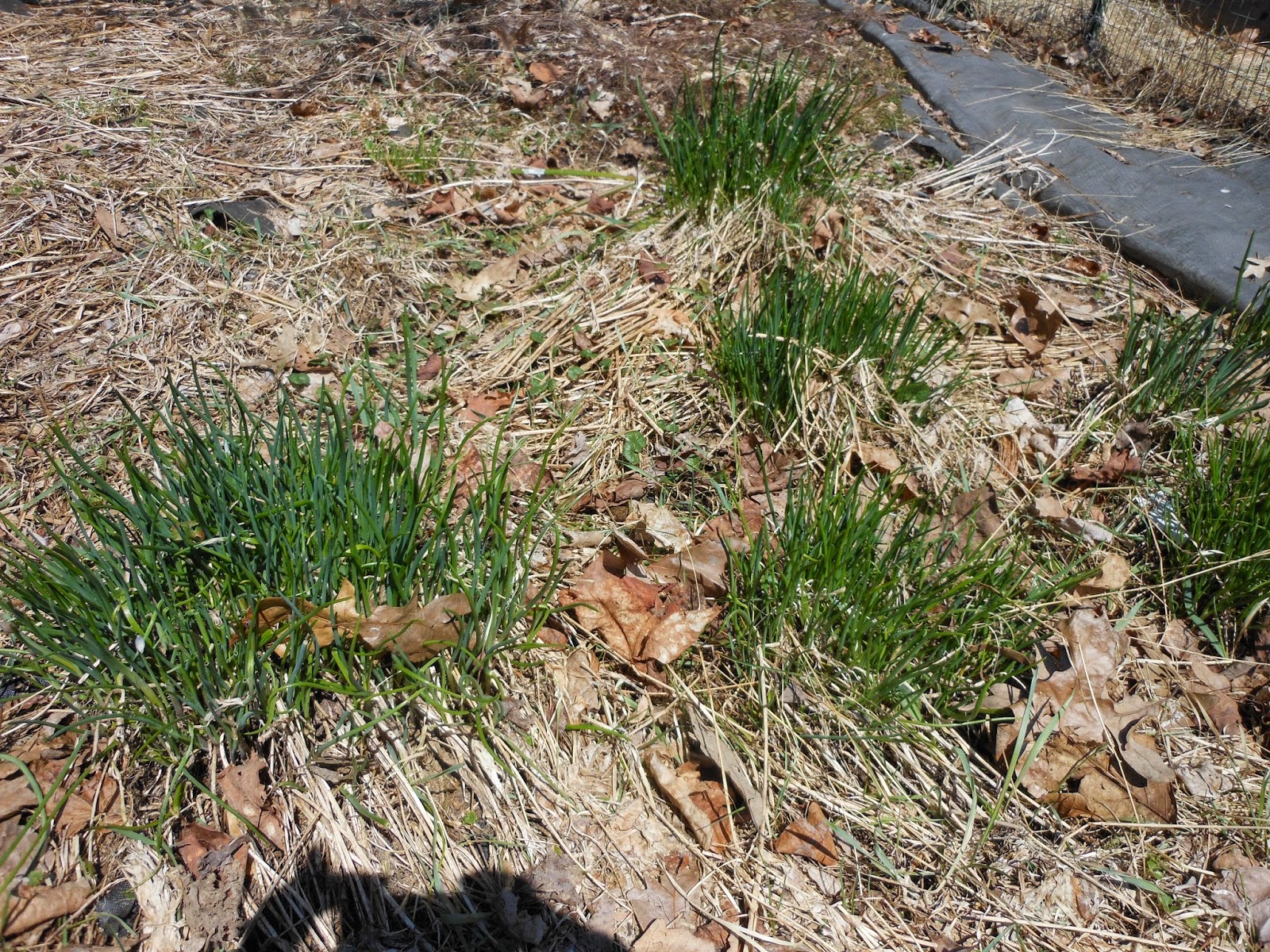 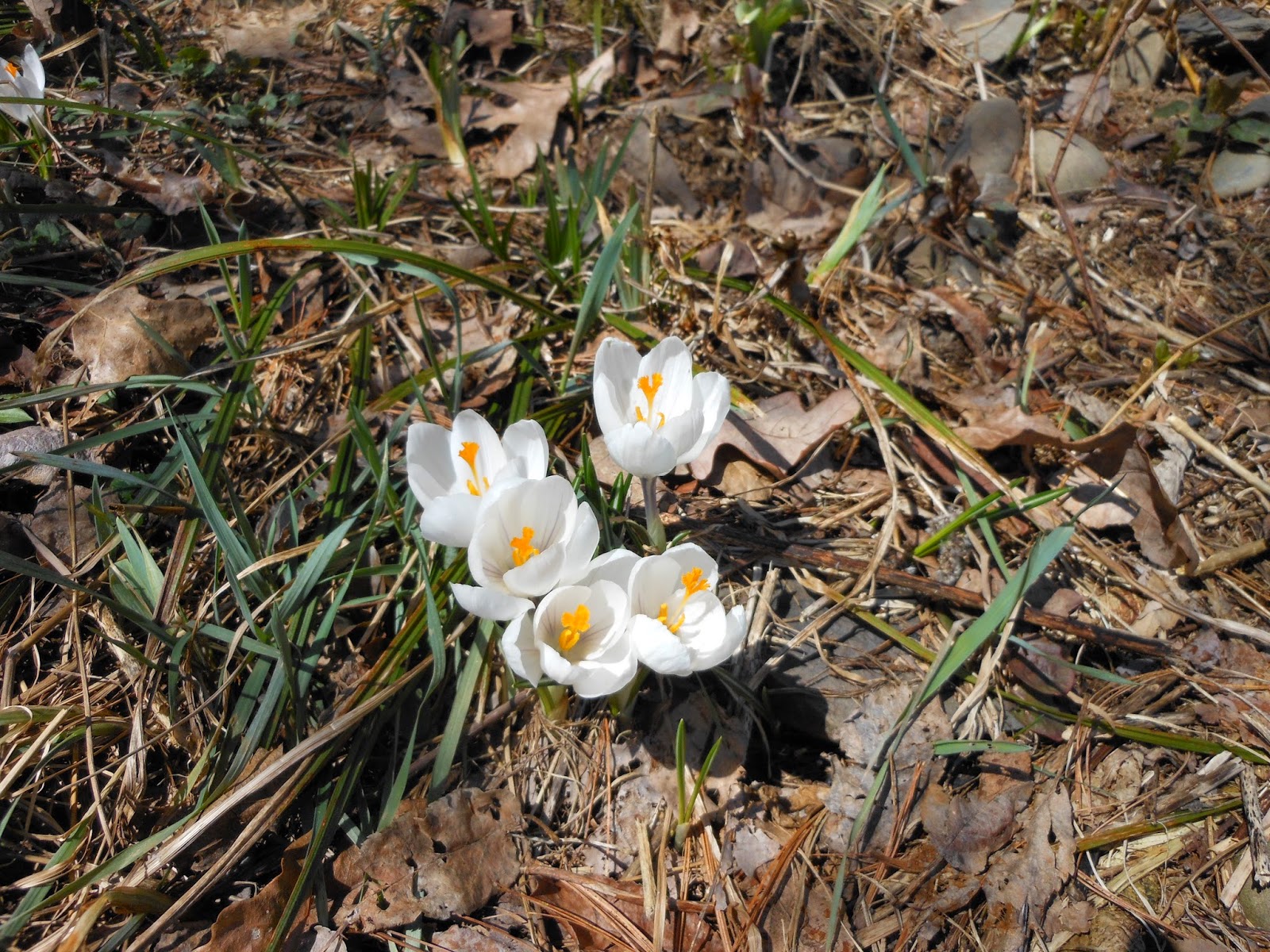 Frogs in the garden fish pond. 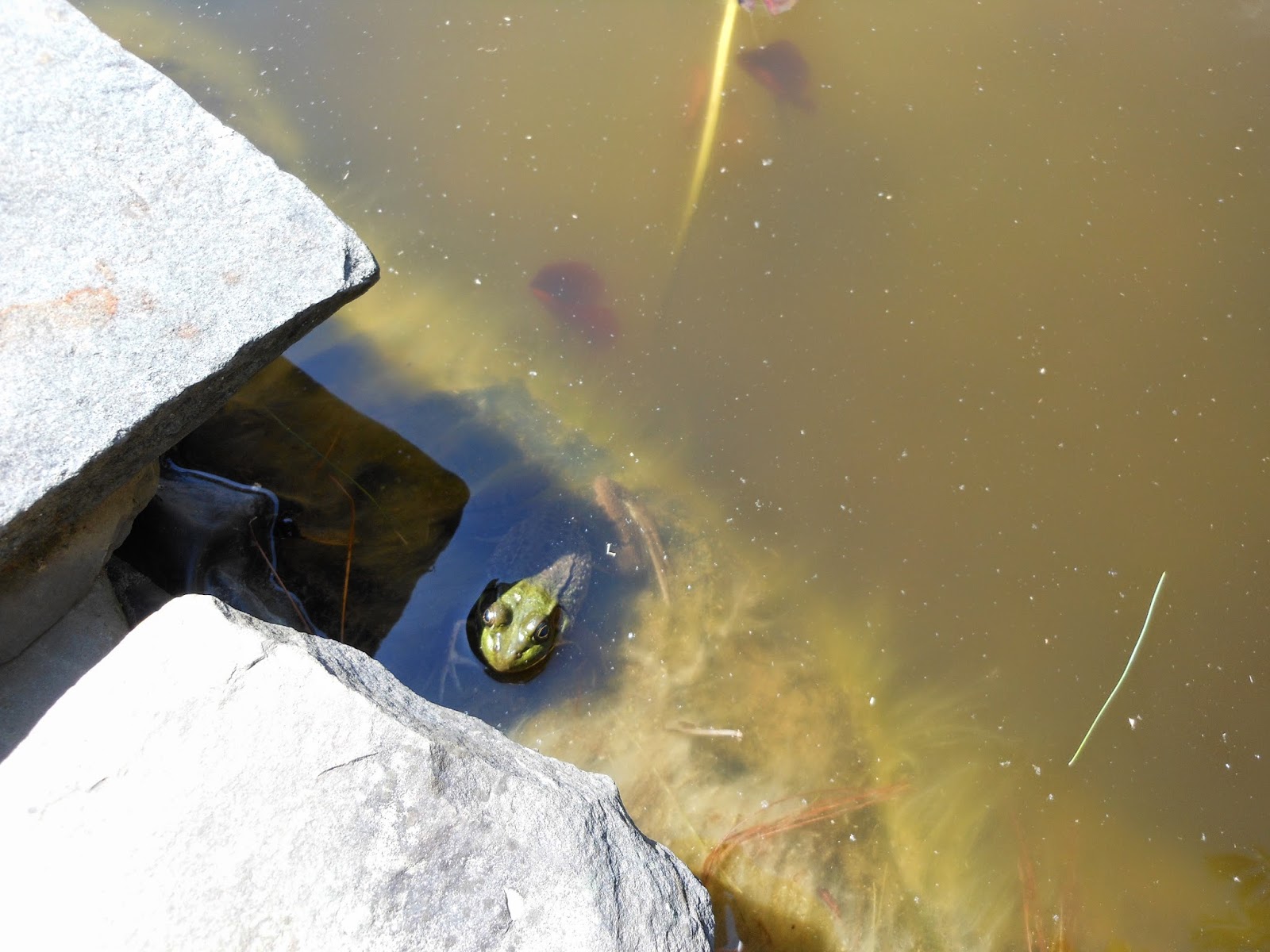 The return of a couple of last year's beautiful kestrals (a kind of small hawk). I had a family nesting in a hole in the side of the barn, and it looks like I may get a repeat this year. 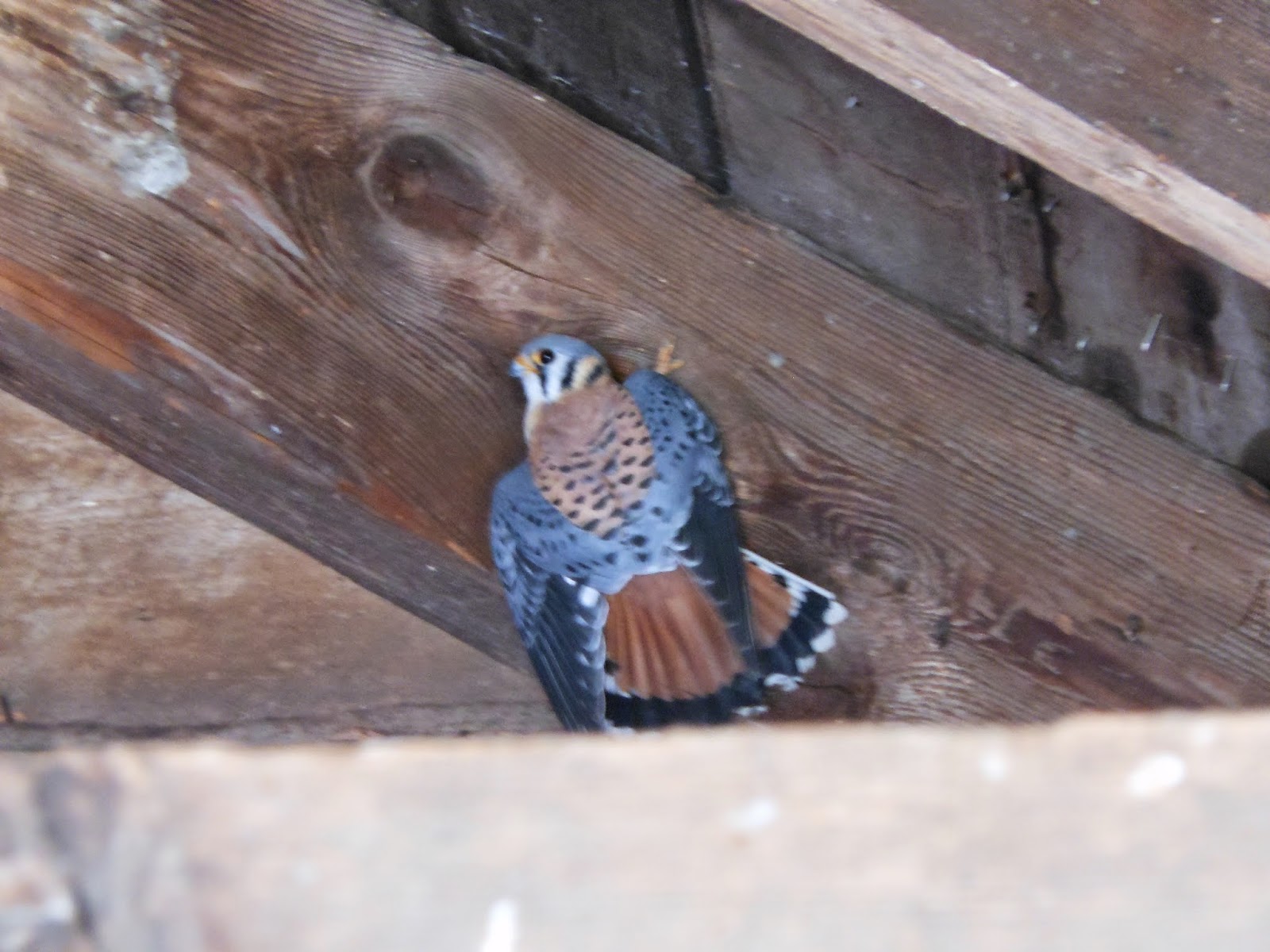 And then there is the ultimate sign of spring...shedding cats. 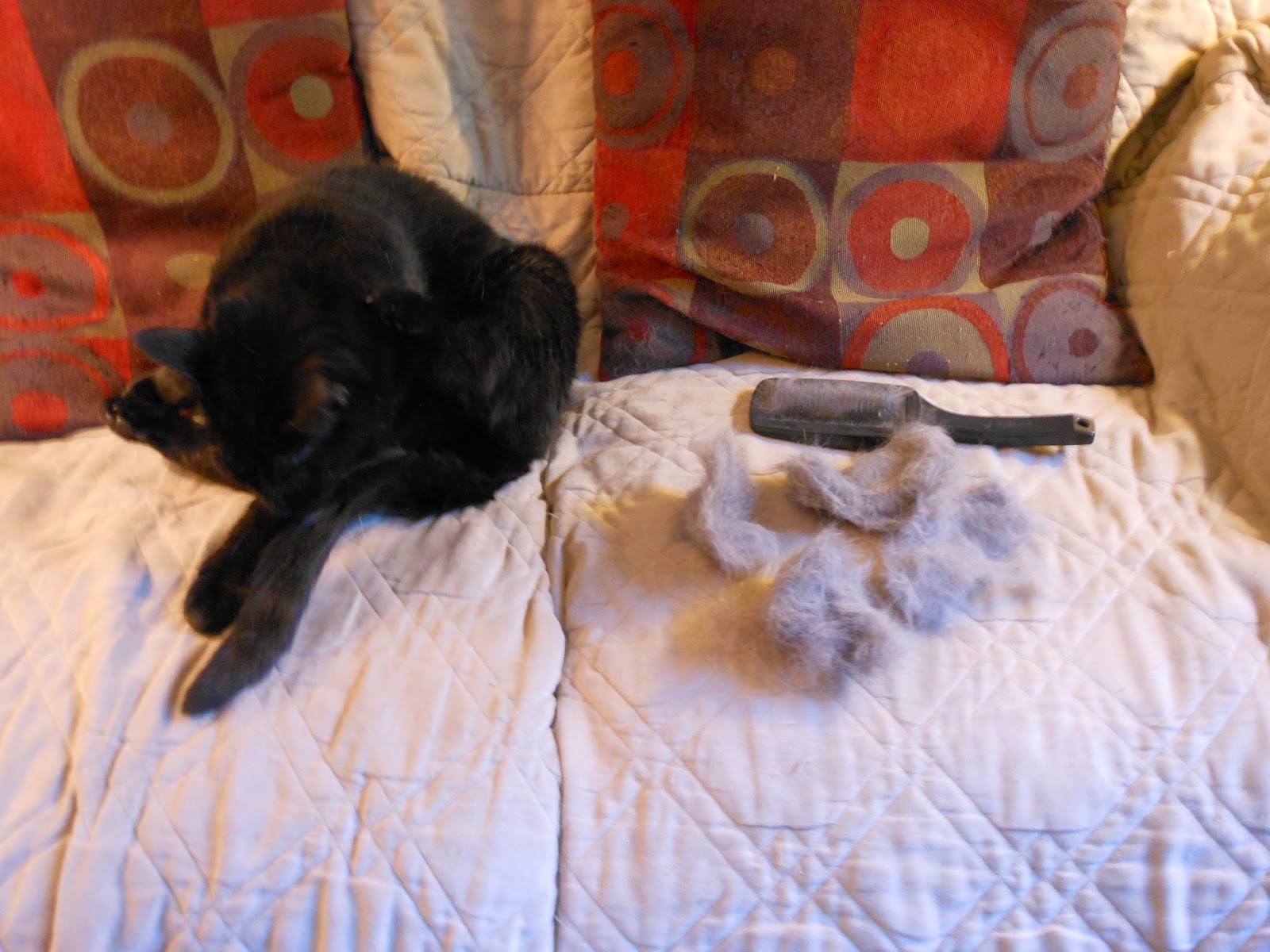 I spent about 20 minutes brushing Magic the Cat (Queen of the Universe, Shedder Extraordinaire). You can see the result. That's A LOT of fur. (She clearly thinks I did a sloppy job grooming her, and is finishing up the rest herself.) And no, you're not seeing things--my black cat sheds gray fur. Hey, she's MAGIC. Her brother and mother are both gray, and Magic has a gray undercoat, which is most of what she sheds in the spring.

This makes it official...spring really is here.

What signs of spring are you seeing?

Posted by Deborah Blake at 7:43 AM