Four Books and a Novella


No, that's not the name of a RomCom movie about my life starring Hugh Grant (although that would be pretty cool). 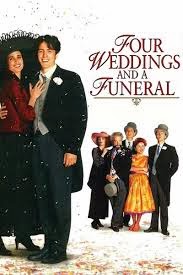 Although if you WERE going to do a movie about my life this year, "Four Books and a Novella" would make a pretty good title, since it is starting to look like most of my time is going to be devoted to those five projects. And if you're thinking "Gee, that seems like a lot," you'd be right! (I'm not saying I'm sitting here hyperventilating just thinking about it, but um...anyone got a brown paper bag?)

Here's the thing: normally, I write two books a year. One nonfiction book for Llewellyn, and one novel. For many years, the nonfiction books were published at about the rate of one a year, and I had to do edits and publicity for them, and the fiction books made the rounds of agents (until I got one) and then editors as I was writing the next one. A lot of work, but just about manageable on top of the day job, making jewelry, chasing cats around, and all that jazz.

Then last year, I finally sold the fiction. (HUZZAH!) The first two books in my Baba Yaga series, plus a prequel novella. Which changed the scenario quite a bit. And because I had decided that once I sold a novel, I probably wouldn't do any more Llewellyn books, I then signed contracts not only for another one (Everyday Witchcraft, a follow up to my popular 3rd book, The Goddess is in the Details), but also for a small book that is one is a series they are putting out about the eight sabbats. (More about that some other time. And yes, I realize that there is something wrong with my plan here.) So I spent the last couple of months working on those, and not really thinking about the big picture, until it suddenly struck me a few weeks ago that I had THREE BOOKS AND A NOVELLA coming out this year.

And then it occurred to me that since my next book for Llewellyn, The Witch's Broom , is coming out in April, that would be a great time to finally get around to putting out an eBook version of Circle, Coven & Grove (my first book, which went out of print last year). I have a secret plan for that in the works right now, which I will blog about when some other stuff is finalized I'm ready.

Which led me to the realization that I would then be putting out FOUR BOOKS AND A NOVELLA this year. All of them requiring editing, publicity, and such.

Well, I'm the one who wanted to be a writer, so I'm not complaining. Mostly, just a little...flabbergasted. I have a few writer friends who put out that many books in a year on a regular basis, but I am not that writer. And I think it is unlikely that this confluence of events will reoccur--I'm perfectly happy to stick to two books a year. But in the meanwhile, here's what we're looking at:

So--four books and a novella. Fortunately, the edits are done for everything except the last book (although I still have the last copy edits read-through for Baba 1). Circle, Coven & Grove is written, of course, but I have to come up with a new cover and a new cover blurb, since those things belong to Llewellyn, the original publisher, as well as adding a new introduction. And I have major revisions to do on the current Llewellyn book, which will be out sometime next year.

Right now, I'm a somewhat muddled mix of Really Excited and A Tad Overwhelmed, with a smidge of Ridiculously Happy thrown in for good measure. I hope you're all just a little bit excited to be taking this ride with me, too.

Because here's the thing--the other thing--sharing this journey with all of you is part of what makes it so great. My friends, my readers, my fans (holy crap, I have fans!)...you guys are what makes the fun outweigh the freaked out. I can't even begin to tell you how much I appreciate you coming here (and Facebook, and Twitter, and such) and cheering me on. Obviously, such dedication deserves a reward. Right?

And I  have two in mind. The first is A REALLY BIG GIVEAWAY. I'm going to do a massive contest, starting this Friday, which will be a month and a day before the release of The Witch's Broom. Remember all that cool swag? Swag Blog Post I'm going to be giving away almost all of it. That's right--the remaining  mug and notebook, a bunch of broom refrigerator magnets, and some other stuff too. Why should I be the only one excited? So be sure to check back on Friday!

What's the second reward? I'm not telling...not yet.

So, you tell me: of all the releases coming out this year, which of the four books and a novella are YOU the most excited about?