No, this is not a post about some sort of personal issue... Nor am I sad. In fact, I'm pretty happy. Why? Because my (one and only) bathroom just got a makeover. In fact, I painted it blue.

Well, by "I" I mean my friend John, who I pay to do my major painting jobs, because he is really good at it, although I did help. (I did some of the first coat, since it doesn't have to be perfect.)

Here's the story. (You'll notice how I resisted saying, "Here's the poop," thus making a silly bathroom joke. Oh, wait, I guess I didn't.) Most of my house is painted a warm cream color. Many people would find that boring, I suppose, but for me, it is soothing--a good background for the artwork, goes with everything, and doesn't trip my "sensory overload" trigger, which tends to be way too sensitive. But there are a few places that I have color--the mudroom, where you enter and leave the house, is a cheerful yellow, and a few years ago, I painted one wall and the door of the bathroom a nice forest green.

That was a mistake. 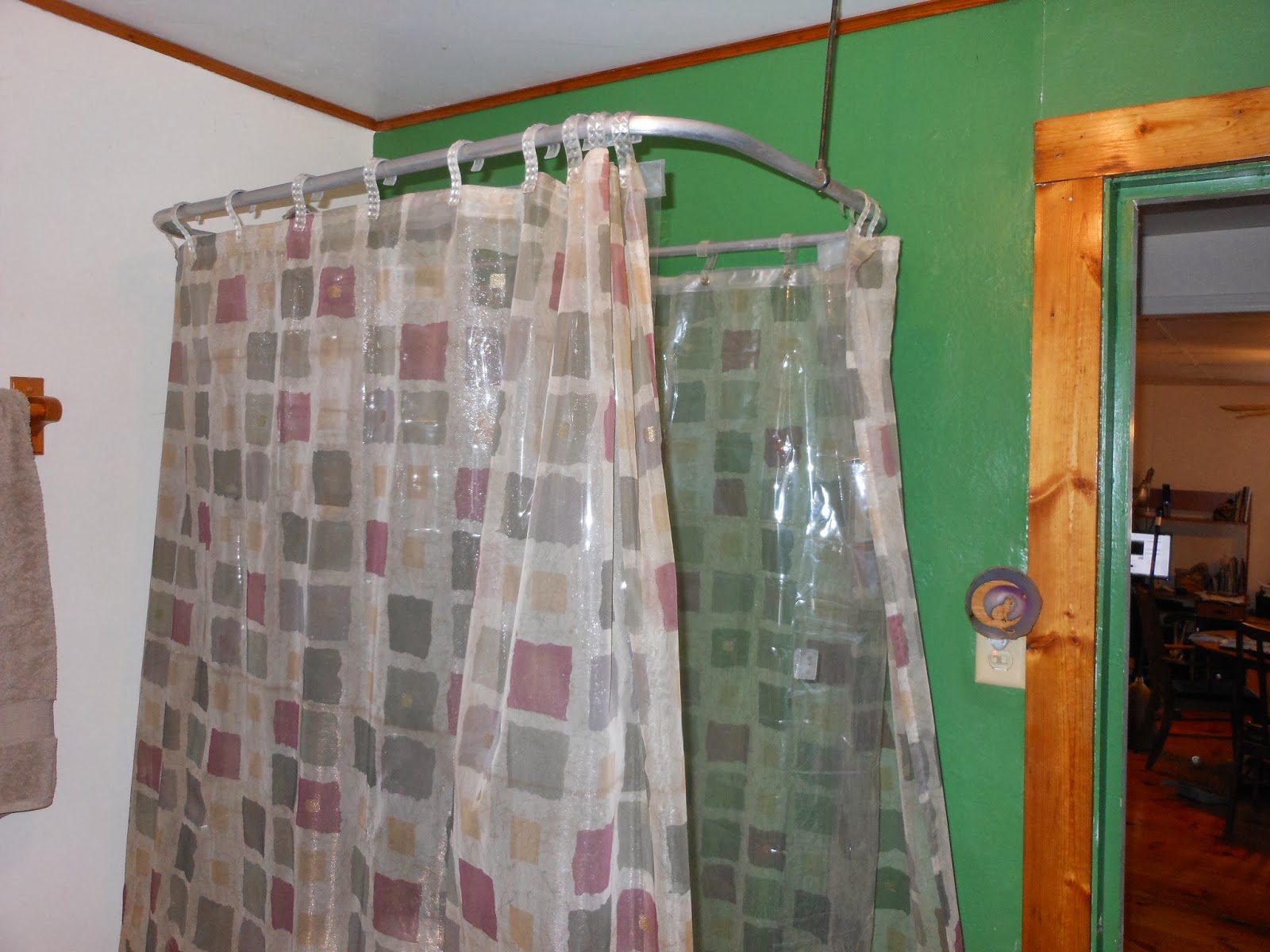 It was really damned green.

Anyway, so last summer I painted the stairway upstairs two different shades of blue (a silvery gray-blue and a slightly darker blue), the combined effect of which was that you felt like you were under the ocean. I loved it, and found it soothing, so I finally decided to bite the bullet and redo the bathroom in those colors. 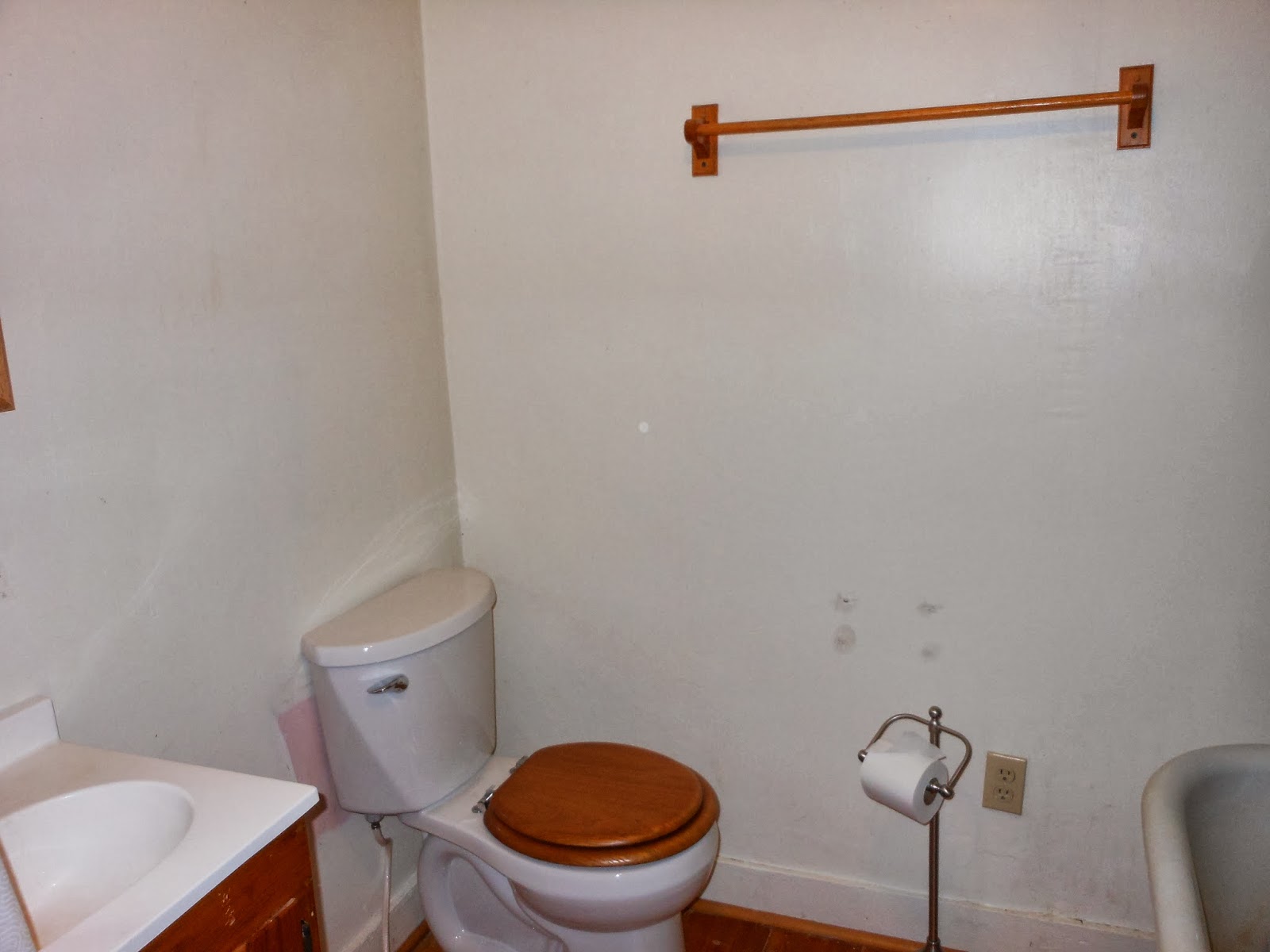 Of course, when I had to get a new toilet recently and it was smaller, thereby revealing a patch of the old pepto-pink that the whole house had been painted when I bought it, that kind of pushed me to finally do it. (This is pre-painting and patching.) 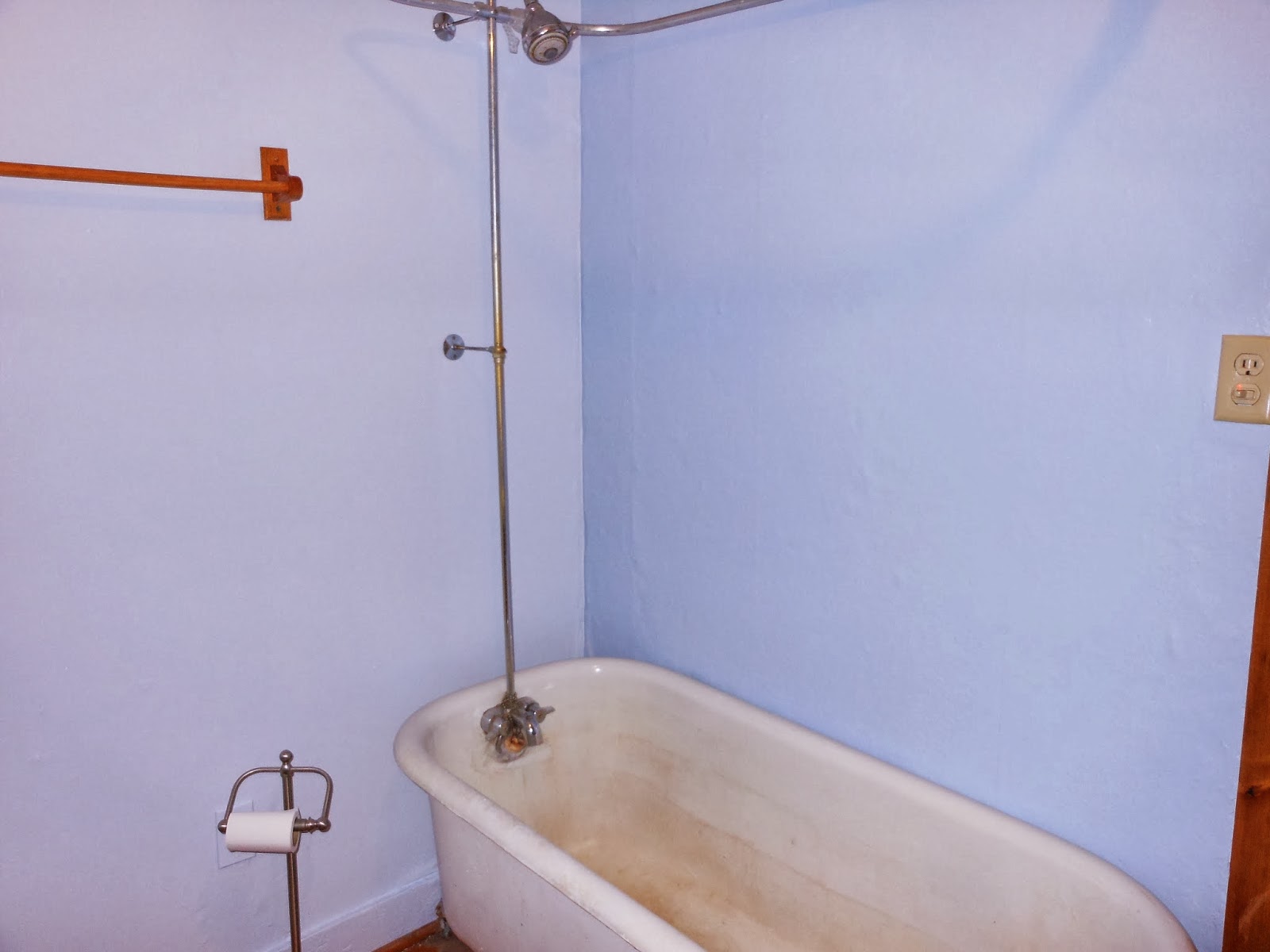 You can see the two shades of blue here, although the picture doesn't capture the colors perfectly. Mind you, once we had the lighter blue on two walls, and the darker blue on one wall and the door, I looked at it and said, "DAMN, that's a lot of blue." So I changed gears and did the last short wall, mostly hidden behind a shelf unit, as a nice mellow light brown (since I was going to be using brown accents with the blue in the new color scheme). 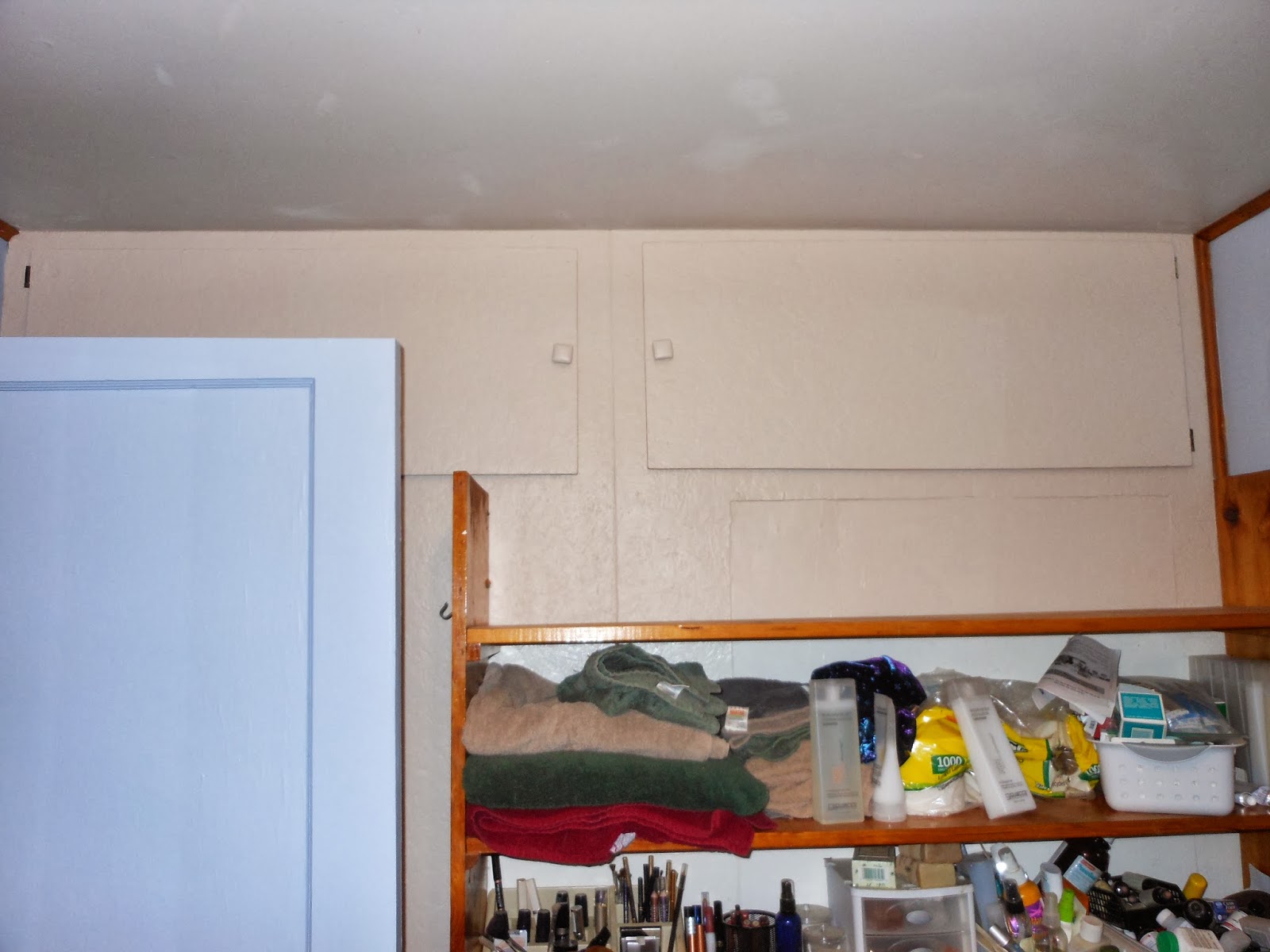 Needless to say, changing the color on the walls meant that my old shower curtains, half the towels, the curtain that usually hangs in front of the messy shelf unit, and the artwork no longer went with the room. So I had to change all that too. (This was actually the fun part--I love decorating, but I rarely change things in my house, since I'm too cheap to get rid of perfectly good stuff just to replace it with other stuff. On the other hand, I've been in the house over 12 years with the same towels and curtains, and I have a ton of artwork sitting around after 14 years at The Artisans' Guild...so I didn't feel too self-indulgent.) 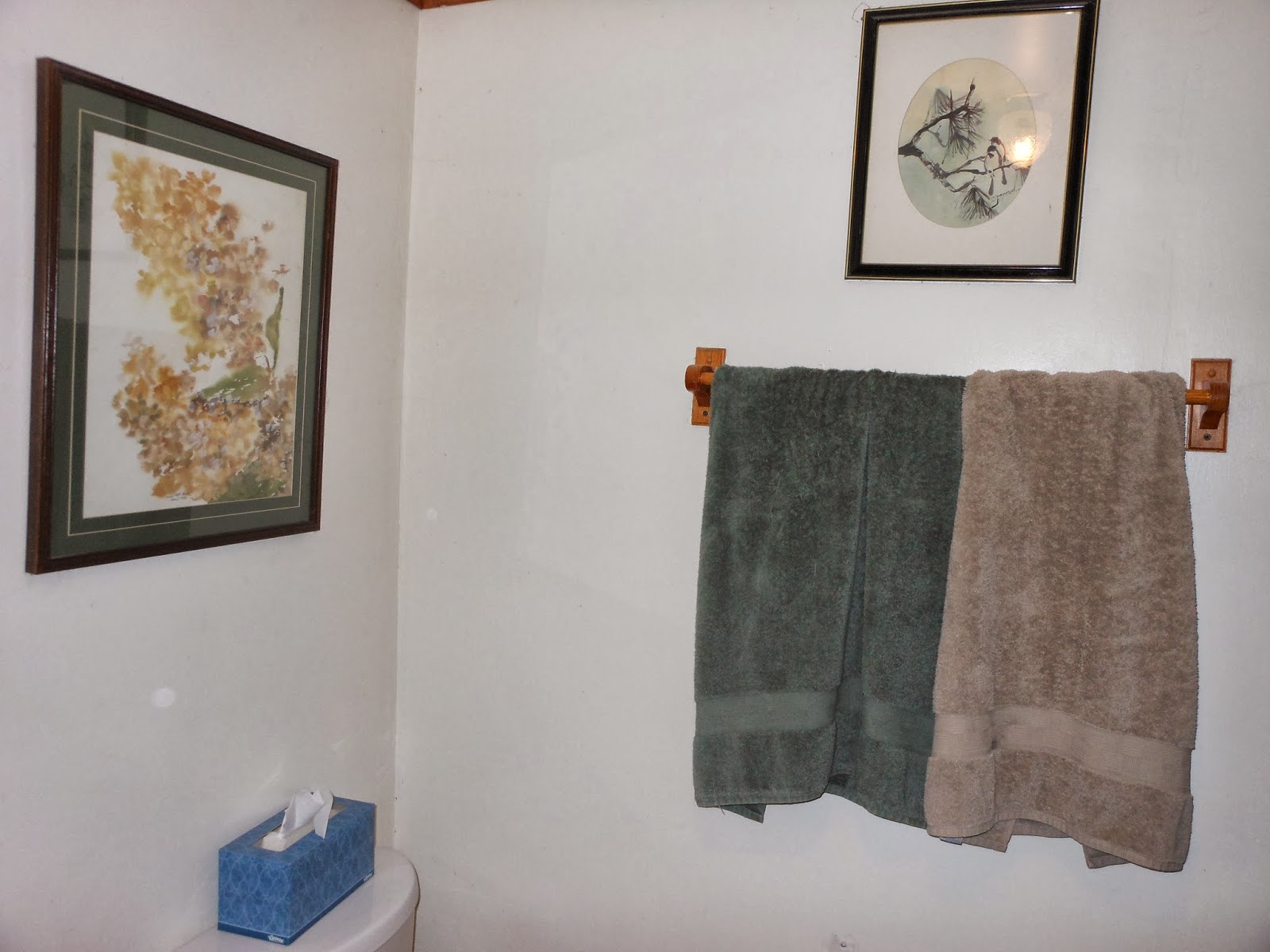 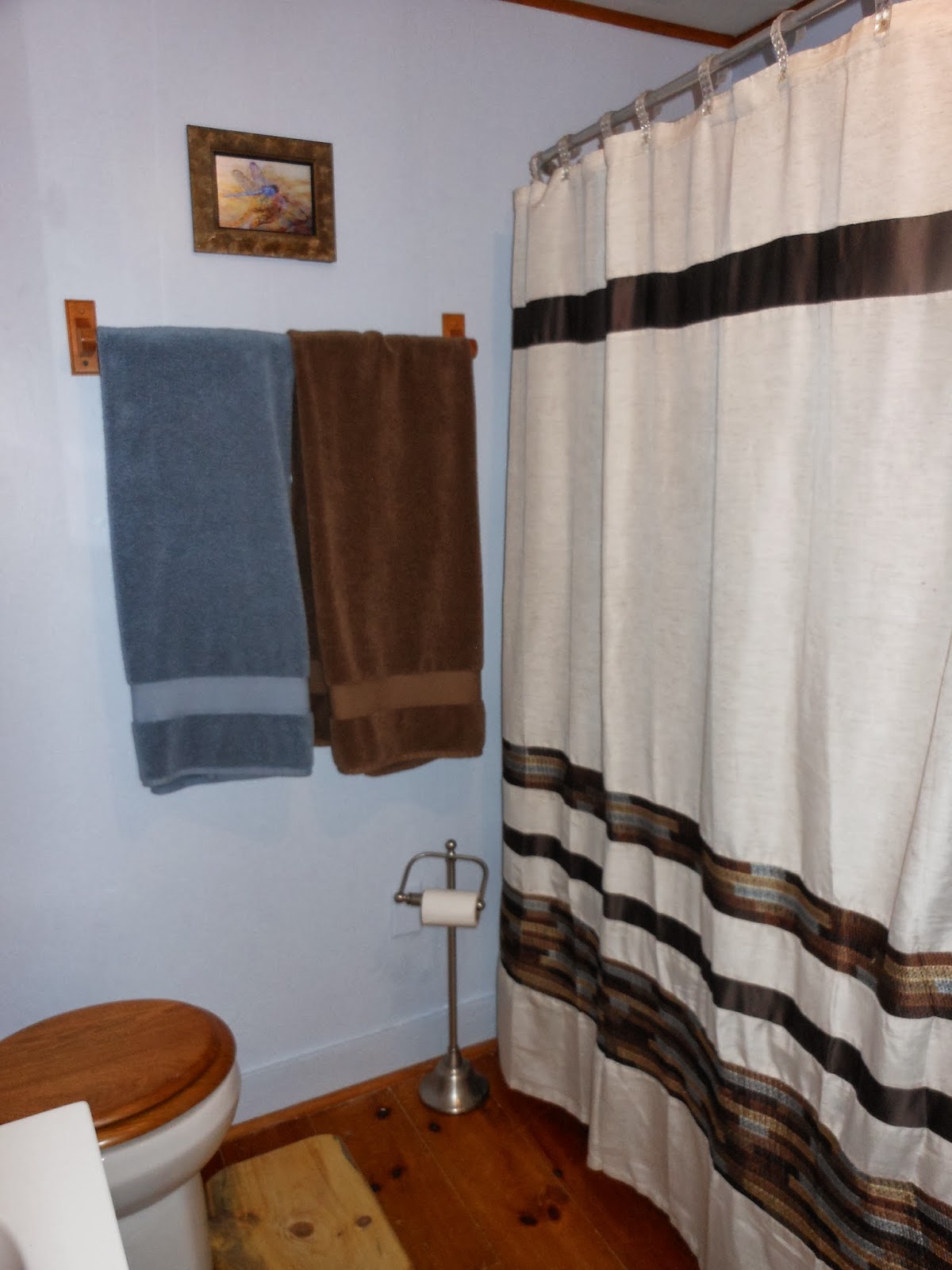 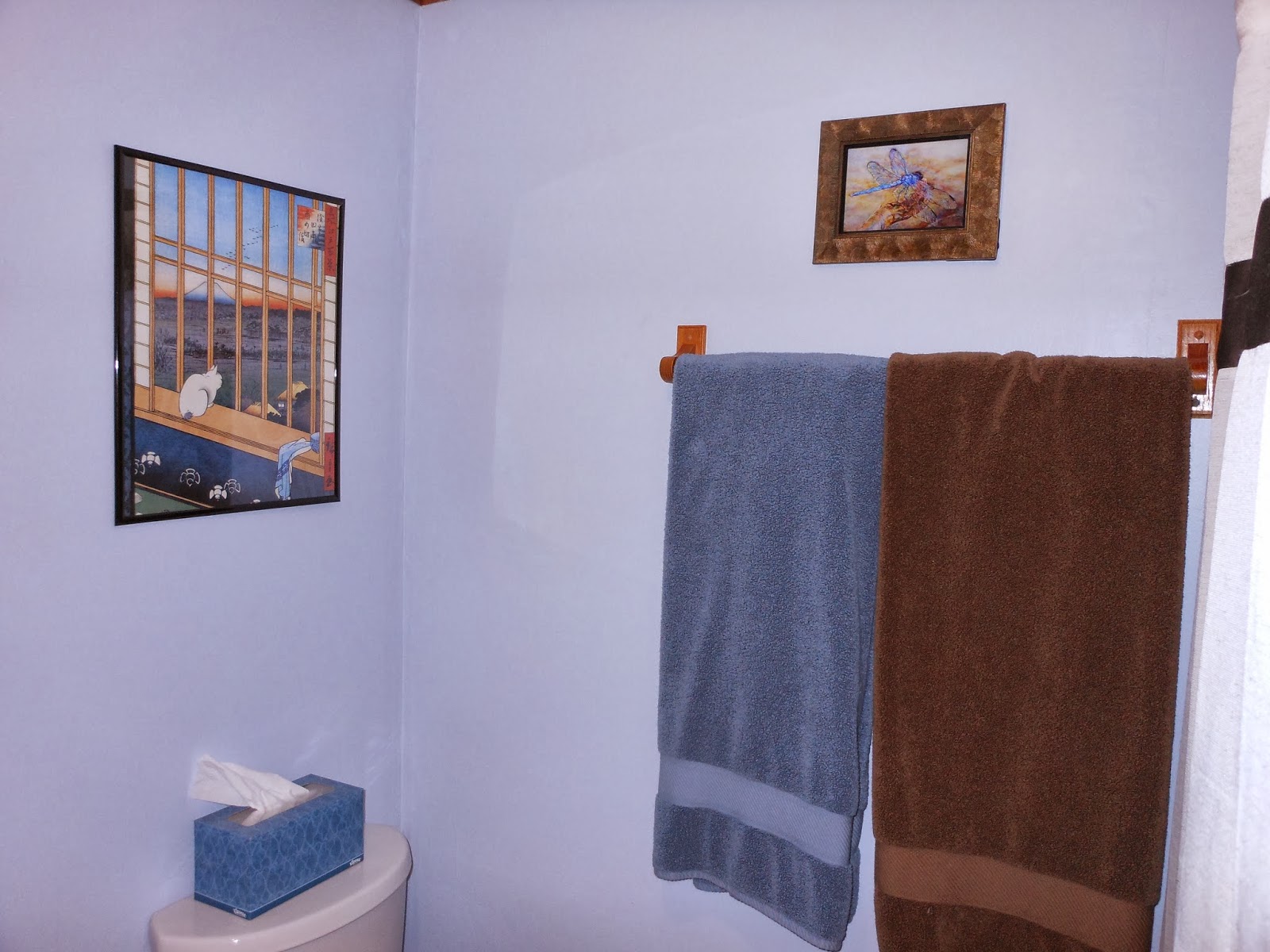 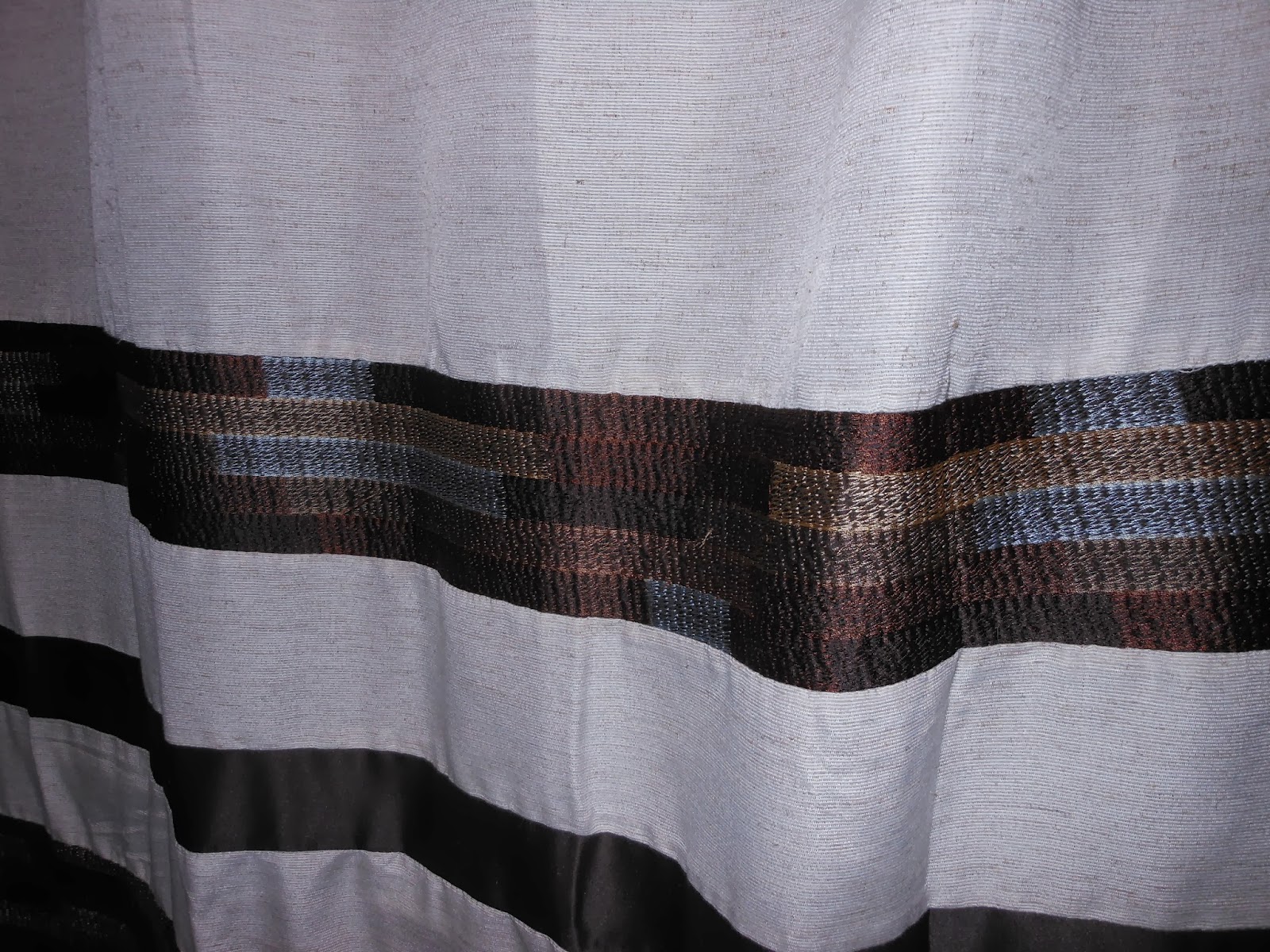 Here is a close-up on the shower curtains, so you can see the small blue accents that make it work with the walls.

It is surprising how much it cheers me up to have one new pretty room. It's good to start fresh every once in a while. And to celebrate, I even neatened the messy shelves :-). Now I just have to find a new curtain for in front of them, and the room will be set for another 12 years.

Do you like to move things around in your home? And if you could redo one room in your house, which one would it be?
Posted by Deborah Blake at 10:51 AM

Email ThisBlogThis!Share to TwitterShare to FacebookShare to Pinterest
Labels: a day in the life, redecorating