I have a lot of authors whose books I like, many of whom are on the "I've got to get to this sooner or later" list. There is, however, a much shorter list of "authors whose books I must buy as soon as they come out." Even if they are (gasp) hardcover. One of those is Jim C. Hines, who wrote the fabulous Princess series, a bunch of fun books about goblins, and his current series which involves two of my favorite things: books and magic. How can you not love that?

Jim's newest book is out today, January 6th, so I invited him to come seduce chat with you all about it.


First off, thank you Deborah for loaning me the blog today!

So my book Unbound comes out on January 6, which means I’m doing the authorial freak-out thing where I desperately try not to refresh my Amazon ranking every sixty seconds, and instead run around searching for non-obnoxious ways to publicize my book.

It’s so much more comfortable promoting other people’s books. I’d much rather go on about how much I enjoyed Wickedly Dangerous. (Review here.) I could spend all day praising various authors and the amazing books I’ve read over the past year. Because books are awesome, and there are so many people out there creating incredible stories.

And in a way, that brings me right back to Unbound and the Magic ex Libris series, which is all about the literal magic of books. My protagonist, Isaac Vainio is a librarian and a major book-lover from Michigan’s Upper Peninsula. He’s also a libriomancer, with the ability to reach into the pages and create anything that physically fits through the book, which meant I got to write a scene where he pulls out a light saber to fight a vampire.

The whole series is a love letter to books, and to the science fiction/fantasy genre. It’s my way of celebrating the stories I’ve loved for as long as I’ve been able to read. Those books showed me possibilities. They made me think there was nothing humanity couldn’t accomplish. They created a sense of wonder, and they gave me hope about the world.

Maybe I’m getting old and grumpy, but I don’t see that sense of hope as much these days. (Also, when I was a kid, we booted up our computers on 5.25” floppy disks, and we were grateful!)

Ahem. Anyway, I have nothing against grimdark and dystopian and generally dark stories. But with this series, I wanted to get back to the joy and the hope. Isaac spends a lot of time fighting and/or running away from things that are bigger, badder, and stronger than he is. But no matter how bad things get, he never loses his love of magic and books. He loves the variety magic brings to the world, even when that variety is trying very hard to kill him. Every new discovery is like a pile of magical presents on Christmas morning.

Isaac isn’t the most powerful libriomancer, and his enthusiasm gets him into trouble from time to time. But he’s also clever and well-read, and that’s a much more important kind of power.

Unbound starts Isaac out in a pretty dark place, following the events of Libriomancer and Codex Born, but no matter how bad things get for him and his companions, I never wanted to lose that core of hope and wonder.

What else should I say about the books? Isaac has a spider named Smudge who eats too much candy and magically sets things on fire. Usually on purpose. He has a dryad companion named Lena Greenwood who rides a motorcycle and kicks assorted ass throughout the series. In book three, he gets to hang out with Johannes Gutenberg and Ponce de Leon. Also, he’s got an enchanted convertible that he stole from the aforementioned Ponce de Leon.

I’ve got sample chapters and such on the website. But whether you like the books or not, the important thing is to take away is that yes, books are amazing and powerful and inspiring, whether you’re reading them in print or on a smartphone or an e-reader, or listening to audio books, or whatever other format works best for you.

Because books are magic. 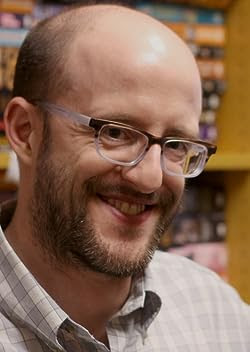 Posted by Deborah Blake at 6:00 AM