The Witch's Broom: Magical or Mundane?


As some of you may know, I wrote a book called The Witch's Broom. Recently, as a result of that, I got a message from a lovely man named Robert Skinner, who has a business called Blue Moon Brooms. (Yes, my group is called Blue Moon Circle, so how fun is this?) He said he loved my book (yay) and very kindly offered to make me my own broom for the price of one penny plus shipping (double yay). These are some gorgeous brooms, people.

And then he asked me a very interesting question: did I want a magical broom, or a mundane one?

I actually had an easy answer, because I got two magical brooms in the last year (I bought myself one from a fabulous broom maker on Etsy, and got one as a gift from a former member of Blue Moon Circle) and my favorite handmade mundane broom had in fact kicked the bucket after twelve years of use, and I hadn’t been able to find an affordable one to replace it locally. I hated the crappy mass-made one I’d had to buy from the grocery store. It didn’t sweep well, and the handle didn’t feel right in my hands. So I told Robert that I would love to have him make me a mundane broom.

Generally speaking, for witches at least, brooms are either one or the other. A mundane broom is used for regular day-to-day housecleaning. A magical broom, on the other hand, is saved for ritual use only, and never used to actually sweep a floor. (Any sweeping done with it is usually energetic, not of physical dust or dirt.) I definitely believe that it is a good thing to have a broom that is reserved as a magical tool, if you are going to use one in rituals.

On the other hand, it suddenly occurred to me that there was no reason not to incorporate magical elements into an everyday mundane broom, especially if you were having one made for you by someone who specialized in making the magical sort too. After all, much of the power of our ritual/magical tools comes from our intent when using them, as well as the focus of our energy. So why not take advantage of that and add a little extra magical spark to the broom I was going to use every day?

Robert and I talked about this, and he carefully chose a handle that felt just right (he thinks it is maple, which is a great magical wood) and added a few special touches while he was creating it, including some beautiful feathers hanging from the top, some runes carved into the handle, and binding in the colors I asked for. When it arrived, I blessed and consecrated it to cleanse the energy of my home as it sweeps up dirt (and mounds of cat fur large enough to make another cat out of) and my new broom is now the perfect hybrid of mundane and magical.

I will still keep my purely magical brooms for ritual use only, like clearing the energy of the ritual space before casting the circle, or cleansing energy as part of the ritual itself. But my new broom will add a little magical boost to my everyday housecleaning, adding a little class and beauty to a task that otherwise can be a bit of a drag.

And what could be more magical than that? 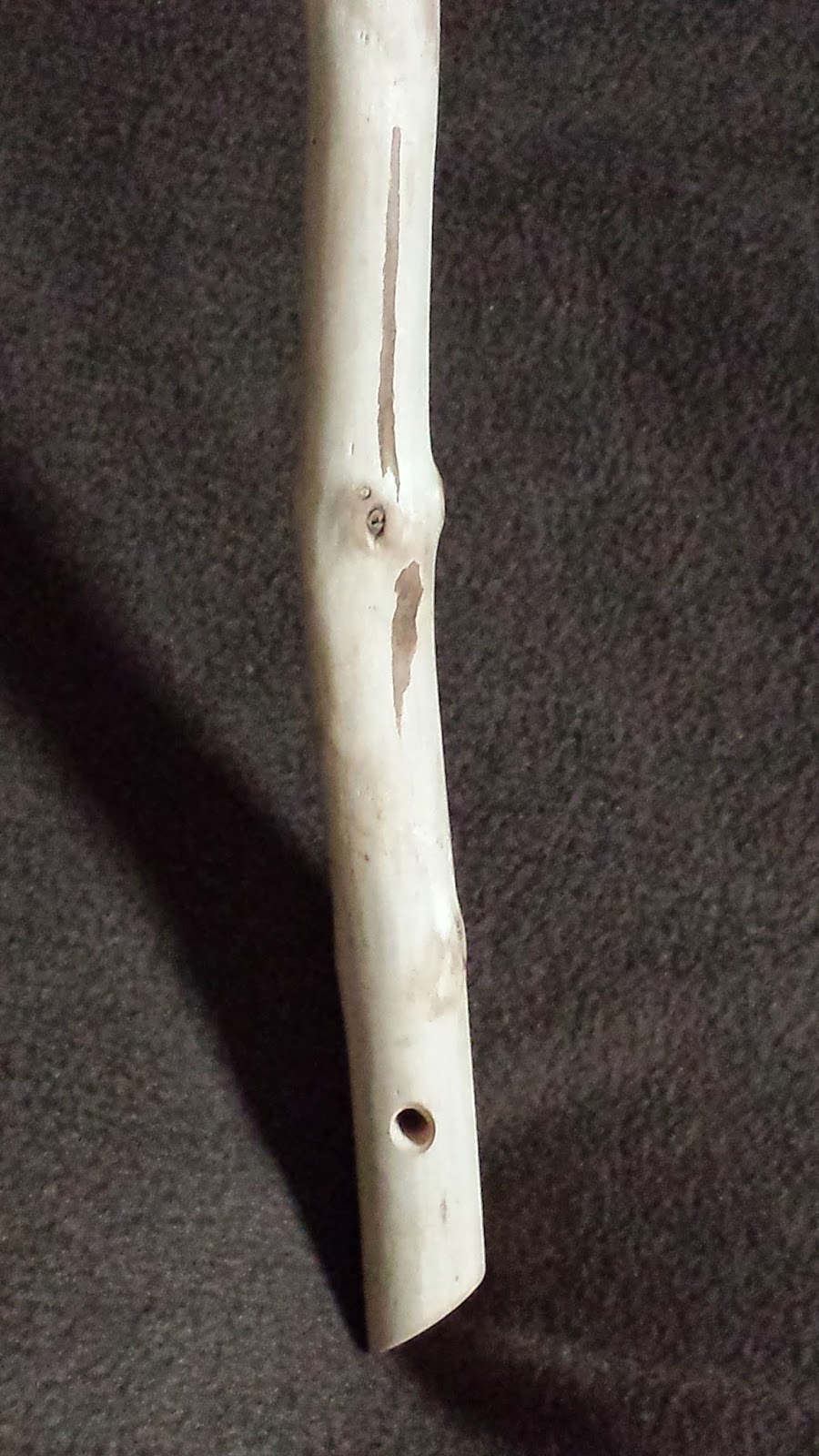 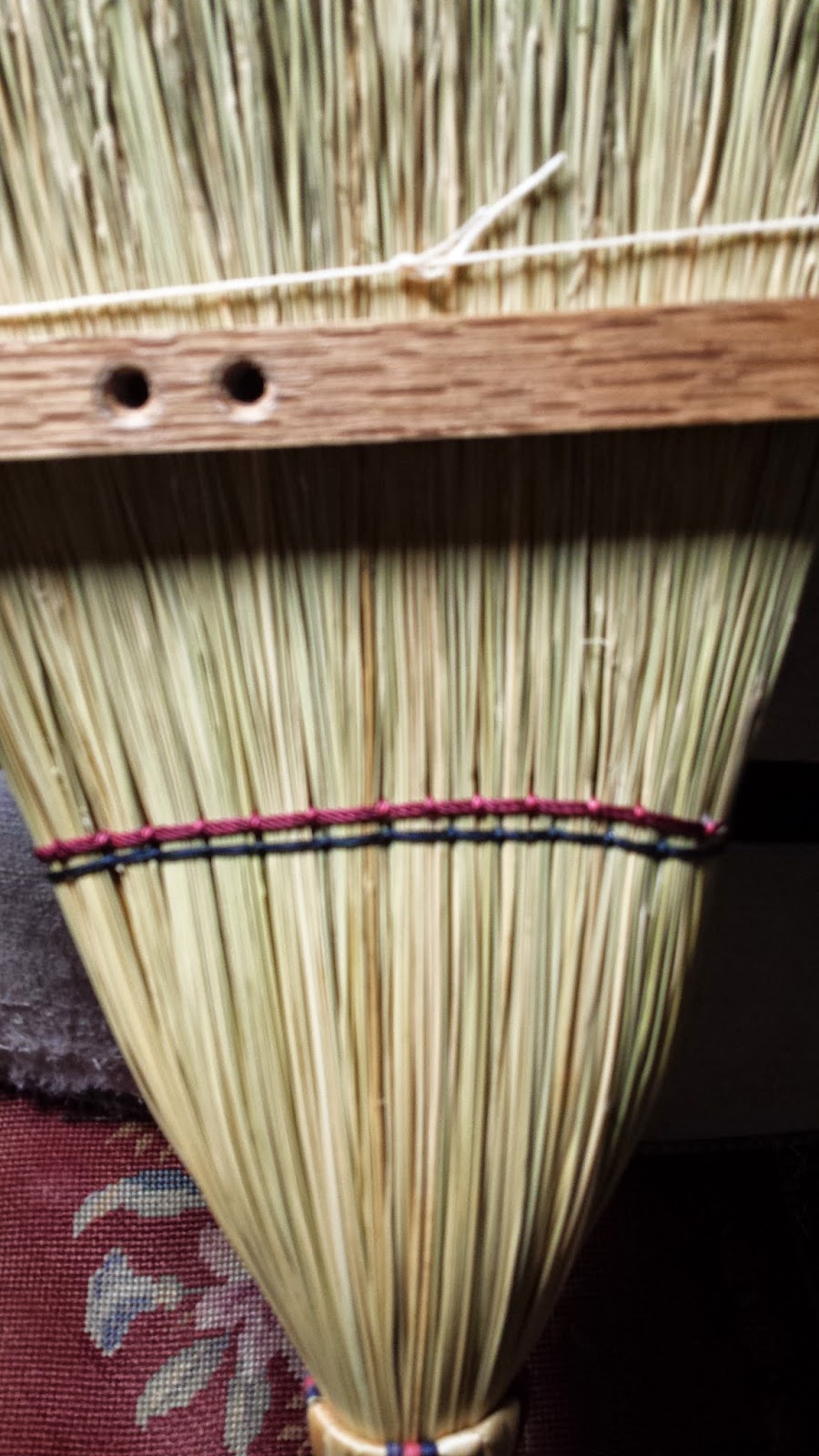 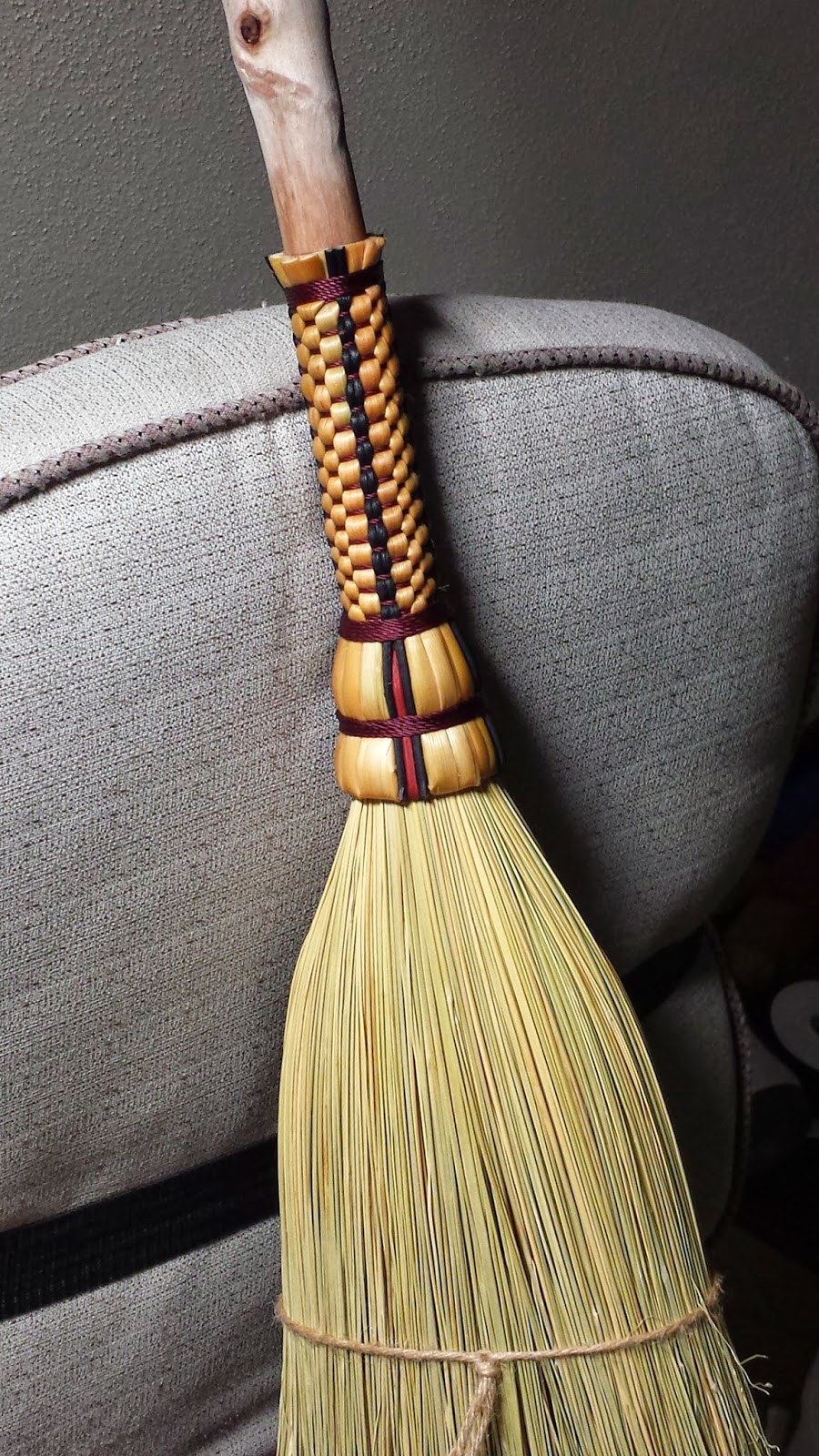 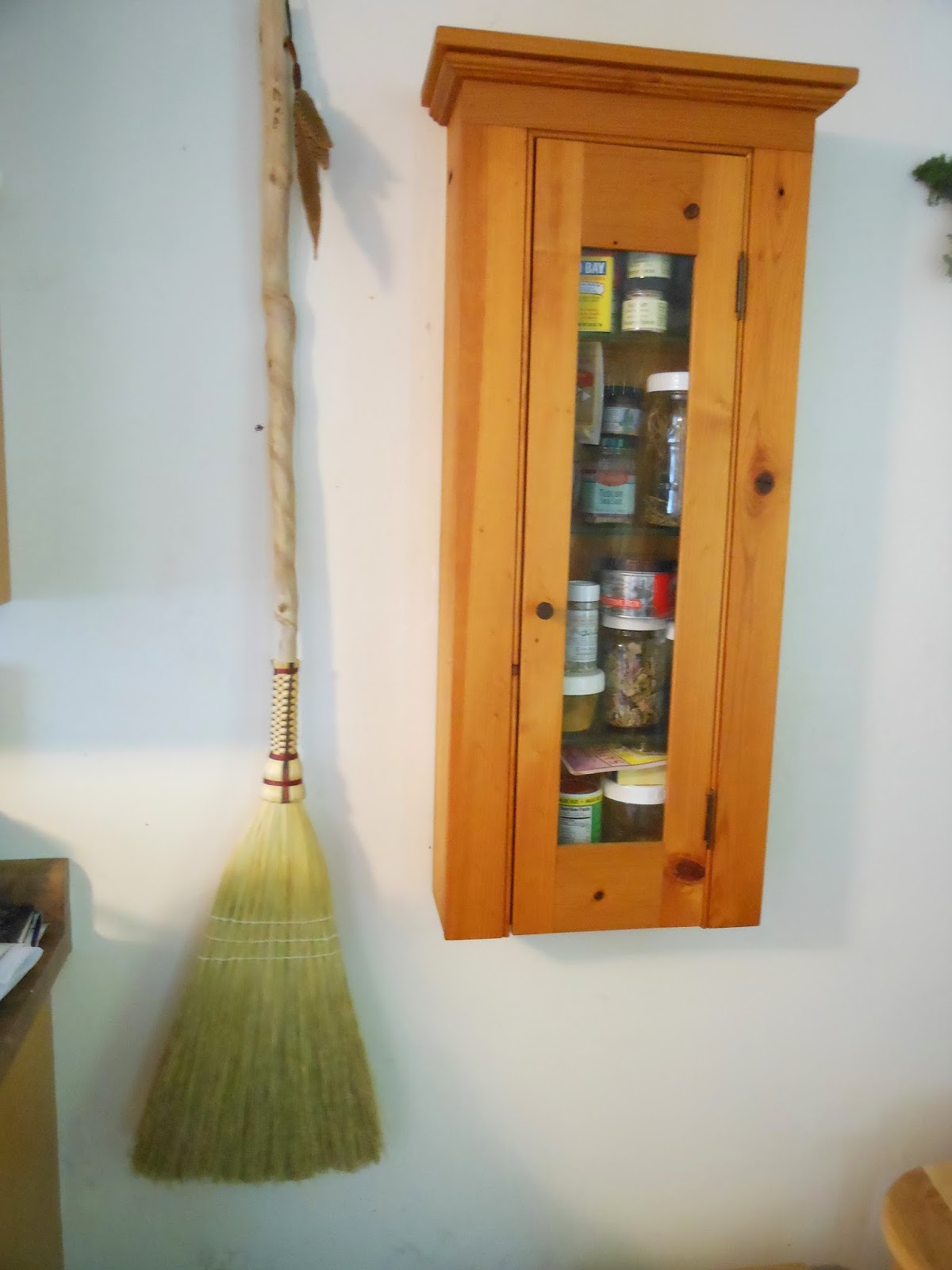 Posted by Deborah Blake at 9:17 AM