So I just got back from attending the Coastal Magic Convention in Daytona Florida (well, I got back on Sunday, but it always takes me a while to recover from these things). This was my second year attending, and if anything, I had more fun this year than I did last year. It helped that my roommate, author/agent pal Lucienne Diver didn't have to leave early because of a bad back this year, and also that the weather was nicer, so I actually got to spend some time sitting on the beach. I love the ocean, so this is something of a motivator for me to go to this con, although there are a zillion other reasons besides this one...

I left by bus on Wednesday afternoon, arriving in Schenectady in the early evening, where I had dinner with my sister Sarah and adorable niece Addy (they live there, along with my poor BIL who couldn't come along because he'd just had cataract surgery). After dinner they took me to the Colonie Barnes & Noble, where Addy gleefully showed me some of my books on the shelves!

I flew to Orlando in the morning, where Lucienne met me at the airport and we drove together the hour or so to get to the hotel at Daytona Beach. After we checked into our room, we went to this fun seafood restaurant called Bubba Gump's, based on the movie Forrest Gump. The food was delish! Thank goodness there are no calories in food eaten at a con. That's right, isn't it? 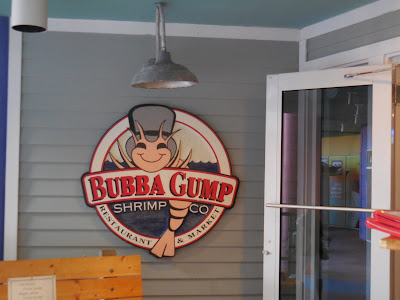 That evening, there was a fun author/blogger meet up, where some folks managed to find the elusive stuffed unicorns!

This was the sunrise outside my window on Friday morning. Unfortunately, they were doing construction at the hotel, so on Thursday and Friday, the calming sound of the waves was interspersed with the not-so calming sound of circular saws... Still, ocean.

My first panel on Friday was a fun one--A Kind of Magic, where various authors discussed the use of magic in their books.

Later, I managed to find some time to relax on the beach. This is my happy face :-)


That afternoon, Lucienne, Alethea, and I took part in a paranormal authors "Meet and Greet." The theme for ours was Tea and Tiaras, and we all dressed up as princesses and/or goddesses. (My tiara was borrowed. Can you believe I don't own one? I do have a witch's hat, though.)

The funny thing about this picture was that Alethea and Lisa Kessler, seated in the front, had no idea what was going on behind them. They didn't realize until we put the picture up on Facebook!

The evening ended with a fabulous dinner and Lucienne dragging me out onto the dance floor at the Mixer/party, gimpy knee and all. But more about that in the next post. For now, have a look at the beautiful sunset we saw as we walked to dinner. 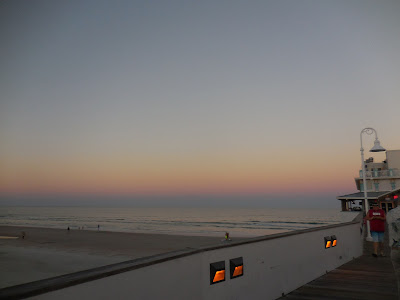 Beautiful, wasn't it? The six inches of snow outside my window is making me very nostalgic...

Posted by Deborah Blake at 5:20 PM